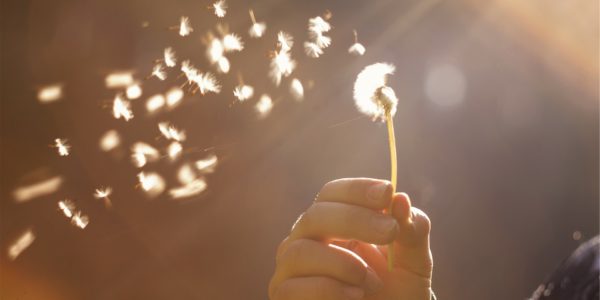 Anorexia: One mum’s story of grief, fear and suffering

Five years on from her daughter’s recovery, a mother explains her rollercoaster ride of emotions as she saw her child consumed by anorexia and fight back.

Every day this week we are sharing patient and carer stories about living with an eating disorder to mark National Eating Disorder Awareness Week.

Now five years on from her daughter’s recovery, Karen (not her real name) explains her rollercoaster ride of emotions as she saw her child consumed by anorexia and fight back.

Crime writer Agatha Christie, one of Oxfordshire’s most renowned residents – and a mum – famously, wrote: “A mother’s love for her child is like nothing else in the world. It knows no law, no pity. It dares all things and crushes down remorselessly all that stands in its path.”

“There is nothing as powerful as mother’s love….”

“I’ll never lose that love but my natural instincts as a mum had to be turned on their head when I was confronted with anorexia, says Karen.

“As I witnessed my daughter slowly wasting away as this vile illness took a stranglehold on my beautiful child’s life, I was grieving and so scared.

“I was praying and doing everything I could to find a way out of the situation. I was probably the most frightened and lost as I’ve ever felt in my whole life.

“I had to build a wall around my own feelings, so they didn’t make things worse for her.

“If I showed too much of my concern, even when she was very ill, it crushed her because she could see my suffering.

“It made her feel terrible, distressed and even guilty to see me like that. I – and all the family – had to put a brave face on things for her sake.”

Karen’s daughter was a highly gifted student with a string of A-stars. However, she had always been a sensitive child and suffered a lot from anxiety in her formative years.

She had signs of an eating disorder in her early teens and that seemed to have passed until the pressure of university life and the death of her grandmother triggered an extreme case of anorexia.

Karen explained: “She deteriorated horrifically rapidly to the extent she was unable to eat anything at all. She was at severe medical risk.

I’d read all the books so I knew things could go very wrong at that stage. You can be stable one moment and then the next you could have a heart attack, liver failure. It can happen very fast. It was terrifying.”

A bed became available at Cotswold House under the guidance of consultant psychiatrist Dr Agnes Ayton.

Karen said: “I had been witnessing my daughter unravel. She was in great physical discomfort and pain. Her hair was thinning, her eyelashes were falling out. It was horrific.

“Our reaction was to try to understand what caused it. I remember reading a line in Dr Ayton’s wonderful book which became our’ bible’ that says if someone has had an accident on the road, your first action isn’t finding out how the accident happened. It is to immediately give first aid.

“So I held on to that and we had to stop asking why has this happened to our daughter. Why has it got this bad and why have we lost control of the situation? There was no point in engaging with those thoughts because it just took us all down a road that was deeply unhelpful.

“We had to be in an active and supportive state of mind, not one of grief and trauma because, of course, that was still going on.”

Karen said it felt ‘like a miracle’ when a bed became available at Cotswold House.

“I can still remember the relief that we were getting to safety. Emotions were high.

“Things changed quickly and the relief was profound. We felt so grateful to Cotswold House because we knew this was lifesaving treatment.”

The journey to ‘safety’ wasn’t always easy, as Karen explains.

“She was begging to come home, desperate to do anything to come back. We had to say very difficult things to our much loved daughter like: ‘you can’t come home. We can’t have you because you’re not well enough.’ That’s was awful; to turn your child away. A tough love but it was so, so painful and I had to fight my emotions.”

Five years on Karen’s daughter is out of treatment. “She’s doing well. Not out of the woods, but better enough to have so much of her life back. I think the illness has scarred her and it will probably always be something she has to manage.

“She has regular private therapy which she decided to do. And she’s in regular contact with her GP who is fantastic and monitors her.

“She’s taken responsibility for her eating disorder so I don’t have to engage with it so much five years on. I am just so incredibly proud of her. I hope our story will inspire other parents and carers not to lose hope.”