‘Apprenticeship gave me the confidence to live true to myself’

Team administrator Sam Griffiths explains how his apprenticeship with Oxford Health has given him the confidence to be himself and follow his dreams. 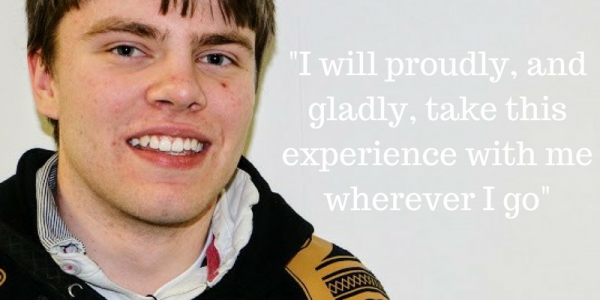 “As cheesy as it sounds, I wanted to help people, and felt an apprenticeship at Oxford Health NHS Foundation Trust was the way I could do it.”

I had studied IT in college for a diploma and it was a subject I enjoyed and a hobby, but something I was reluctant to take further. I had no plans at the time and chose to look for work experience, while also being able to get further qualifications. An apprenticeship fit the bill perfectly. I chose to look for an administrative job, as there are some ties with the study I did in IT, like spreadsheet management (which has definitely come in handy) and it would be a welcome and easy introduction to the world of work. 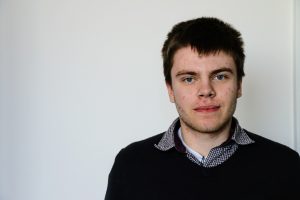 I started at the very end of November 2015, fresh out of college and a small part-time job. I was anxious, naturally, and very nervous. I didn’t know anyone, and was worried about what I might be asked to do, and what I could actually manage to do. Instead, I was steadily supported, and never rushed in.

After I started I learned that apprenticeships were a new thing for OHFT, which I never would have known if I wasn’t told, because everything was so professionally done.

The team here, not just in admin, but the clinicians and managers, supported me from the start. Everyone was here if I needed a talk or had to ask a question. I was never treated as an extra helping hand, but a member of the team. Never treated as someone who knew nothing, but someone who was learning.

“I wholeheartedly recommend working for OHFT as an apprentice, I could not have wished for a better placement.”

Even now, over a year since my start and nearly two since my first apprentice application, I think back to how I was at the start, and it completely baffles me that I could have ever been this shy, young man who had never worked more than a month in his life. I have never felt out-of-place since that first day.

I wholeheartedly recommend working for OHFT as an apprentice, I could not have wished for a better placement. I will admit, it’s not an easy place to work, but there is always the support when you need it. There is so much experience you can gain from an apprenticeship in OHFT. Just as an administrator alone, I’ve gained communication skills, team working skills, organisation, time keeping; the list goes on. I was offered so much while I was here and am glad that I never refused the help and training give.

“I was offered so much while I was here and am glad that I never refused the help and training given.”

I’ve definitely changed as a person since my start, my confidence has built up considerably, so much so that it has allowed me to be an openly gay man, something that the me two years ago would struggle to imagine.

Now I sit here, glad of my time here, happy that I’ve not yet had to go, but sad that the day will inevitably come. But thanks to the support here, the confidence I’ve gained, I’ve now applied and obtained my university offers, and look forward to my future there.

I have changed here, as a person and will proudly, and gladly, take this experience with me wherever I go.