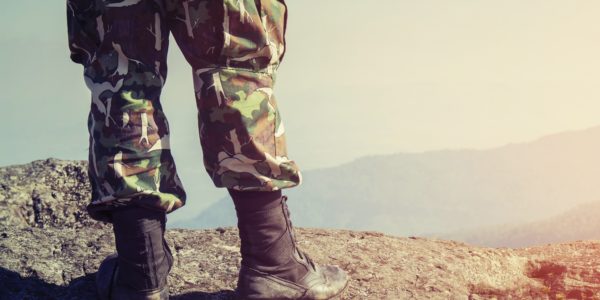 We want your boots on the ground this Armed Forces Week

Calling all service leavers and veterans; you have just the skills we need - teamwork, discipline and commitment - for a new career with Oxford Health

Working in the NHS and the armed forces has more in common than you may think.

A desire to help people is often a motivating factor when someone joins either the British Army, Royal Navy or Royal Air Force and values are nearly as important as skills and qualifications.

Both are a springboard for a rich, varied and life-long career, with numerous opportunities for development and growth.

As we celebrate Armed Forces Week and tomorrow’s Armed Forces Day (June 29), Oxford Health is proud to be working with Step into Health, a dedicated pathway for the armed forces community to access the many career opportunities available in the NHS.

“The NHS shares these values and offers a natural home for service people keen to learn new skills and take on a career that contributes positively to national life.

“If you’re ready for your next adventure, we’re keen to hear from you and strongly encourage you to come and join us.”

Step into Health is a promise from the NHS that those who serve or have served in the armed forces will be offered access routes into employment and career development opportunities.

Our programme is open to service leavers and veterans, as well as their family members.

As part of the programme, we are working closely with the local forces  communities to provide career and development opportunities within our organisation.

Our efforts have been recognised by the Ministry of Defence, which last year upgraded our previous bronze award for its Employer Recognition Scheme to silver, in recognition of the work we are doing to support the armed forces communities. As part of our promise, we support armed forces personnel by:

If you would like to find out more information about the Step into Health programme and how we support the armed forces community please contact our armed forces champion, Di Woodward, by emailing diane.woodward@oxfordhealth.nhs.uk or calling 01865 902316.