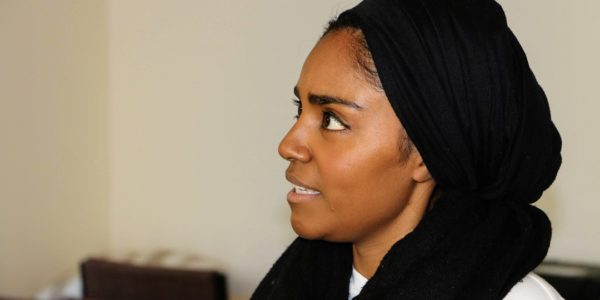 The British bake-off winner opened up to clinical psychologist Paul Salkovskis during cognitive behavioural therapy at the Warneford hospital in Oxford.

Her treatment was filmed for BBC documentary ‘Nadiya: Anxiety and Me’ to be aired at 9pm on 15 May as part of the BBC1’s mental health season during Mental Health Awareness Week.

For a long time, Nadiya kept her anxiety a secret but after years of struggling in silence she felt ready to find out where her anxiety came from and how to treat it.

She hopes her openness will inspire others to seek help and fight the stigma associated with mental health issues.

While Nadiya is sure she has some sort of anxiety disorder, she has never been fully diagnosed. A GP refers her to a specialist for a course of cognitive behavioural therapy with Oxford Health NHS Foundation Trust. Her raw and honest therapy sessions help her to reveal the buried memories and key moments from her past that have led to her anxiety. 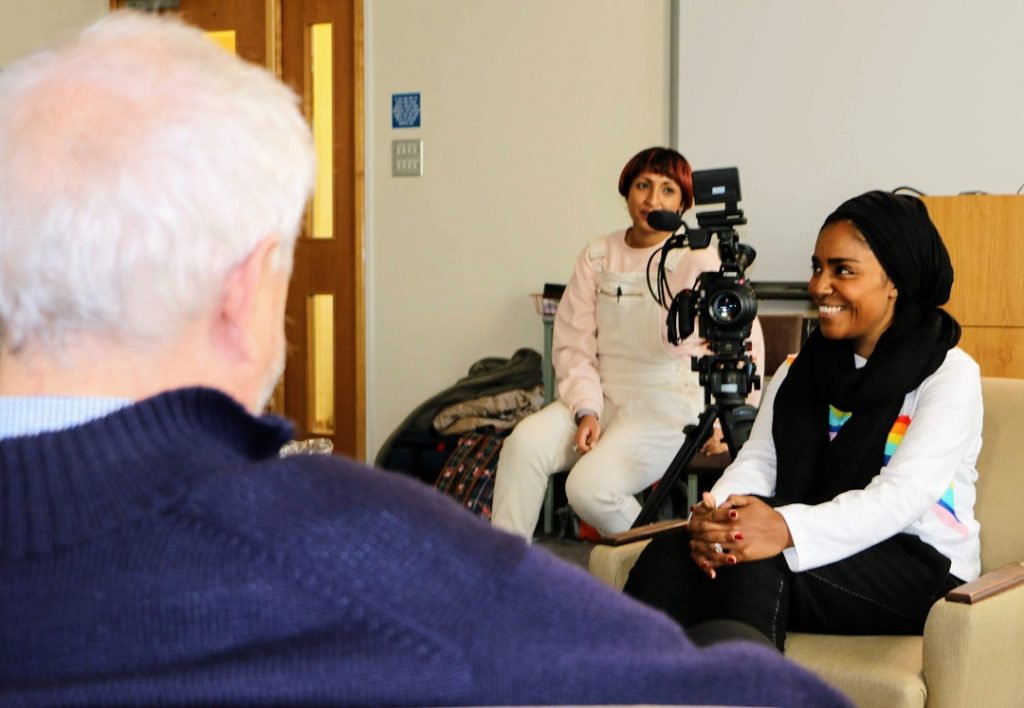 In one session Nadiya begins to breathe deeply to control her feelings of panic – to then realise it exacerbates her fears by bringing back traumatic memories. She says:

“It reminds me of that moment when I was hiding under the sink and my head was flushed down the toilets. I still have that memory of the water going up my nose and knowing that if they don’t pull me up now I am going to drown with my head in this toilet.”

After years of struggling, Nadiya is told 80 per cent of people suffering her type of panic attack are able treat it. Professor Salkovskis tells her bottling it up could be one of the reasons behind her anxiety in adult life. He explains in many of her panic attacks she is reminded of that terrifying time when she genuinely feared for her life in the school toilets. He tells her: “It’s important to remember it is never going to happen to you again.” 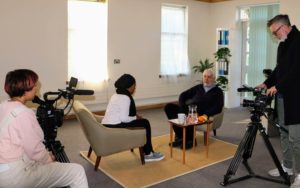 Nadiya’s treatment was with Professor Salkovskis (centre), Director of Oxford Specialist Psychological Interventions Clinic and Centre for Psychological Health. It was filmed at the Oxford Cognitive Therapy Centre and the Warneford Hospital, both on the Warneford site in Oxford.

Professor Salkovskis said: “Nadiya’s generosity in opening up on camera about her difficulties and their underpinnings is both inspiring and humbling. She has brought courage and insight to her work on understanding anxiety both in general and for in terms of her own issues”.

Click on the clip below to watch Nadiya and Professor Salkovskis’ talking about her panic attacks and how she is reminded of the time she genuinely feared for her life.

When did your mental health first become a concern in your life?

It’s a feeling that I have had since I can remember. Undiagnosed, I always just thought it was my personality until I started having what felt like moments of stress that left me immobile and I couldn’t breathe and I would feel light headed. It was debilitating and that didn’t feel normal.

How has talking openly and publicly about your struggles with mental health helped you? Do you think it can help others who may be going through the same?

It has helped to talk about it publicly but equally it has also added to the anxiety. I think by speaking out and being honest and transparent it will help others to realise that they are not alone on this journey.

Why is it so important to seek help and treatment about mental health issues?

It is so important to recognise it early and to seek treatment and support which will be beneficial to your overall mental health in the long run.

If you could give any mental health advice to your younger self, what would it be?

Talk to someone. I bottled up all my emotions and forced myself to grow up faster than I needed to.

What advice would you give to people who want to help loved ones who struggle with their mental health?

Have an open mind and realise that you may not always understand or ‘get’ what they are saying. It’s about listening, not judging and saying ‘what can I do to help’? Often it’s so hard to get to point where you are even talking to someone about it, so to get that far is a massive step for most people and that in itself is a huge leap. It’s important to understand the courage that it takes to get there.

Has the community or background that you are from impacted the way that you have dealt with your mental health issues?

Absolutely, however the label or tag ‘mental health issues’ comes with a stigma attached to it no matter what community you are from.

Why did you want to make this documentary?

I made this documentary because the biggest problem with having a mental health illness is the lack of talking and communication. If I break my finger, I go to accident and emergency. If I have a cold, I go to the pharmacy. If I’m broken inside, where do I go? So, to help myself heal, I felt the best way to do this would be to talk, to share and to better understand what it is that I have. In doing so I was hopeful that I could find a solution, a cure or a way out. I had to be honest and speak truthfully and share that I, like anyone else, can suffer. I keep going on about talking and sharing and here I am bare, no frills, sharing, talking.

Nadiya: Anxiety and Me airs at 9pm on Wednesday 15th May on BBC One, part of BBC Mental Health season and will be available online after broadcast.