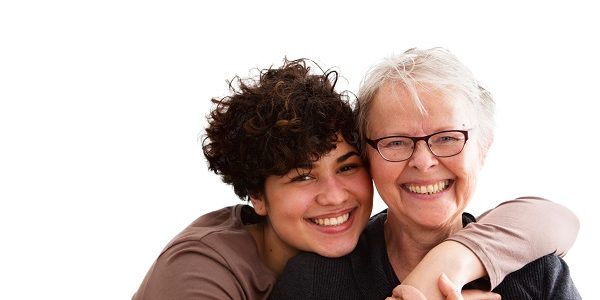 Oxfordshire’s Commitment to Carers will be officially launched during Carers Week (11-17 June) following more than two years of partnership working between carers and health and social care organisations in the county.

Ros Alstead OBE, Director of Nursing and Clinical Standards at Oxford Health NHS Foundation Trust, adds: “Family, friends and carers are central to the work we do, and Oxfordshire’s Commitment to Carers is closely linked to the work we are already doing with our strategy to support carers and families better.

“By formally signing up to the Commitment to Carers, we hope to strengthen our ongoing efforts to support carers, and make sure that they are involved in the work we do.”

Sam Foster, Chief Nurse at Oxford University Hospitals NHS Foundation Trust, will launch the new Commitment at an event taking place from 1.30-2.30pm on Tuesday 12 June opposite the League of Friends café on Level 2 of the John Radcliffe Hospital in Oxford.

Sam says: “By working closely with carers in Oxfordshire, we have a better understanding of what support and advice carers need from hospital staff, importantly how we can work in partnership with others and signpost carers to additional support, even if it’s simply someone to talk to.

“In partnership with both carers and carer representatives, we have created Oxfordshire’s Commitment to Carers as a tangible and visible commitment. By signing up to the Commitment, each organisation is declaring that it will recognise, value, support, and listen to carers.

“If any carer feels that we have fallen short of these standards, we would encourage them to use the Commitment to challenge us to do better.”

Beverley Blackman, 61, from Steeple Barton in West Oxfordshire, was a carer for her husband David, who suffered from a rare form of dementia and Parkinson’s, for five years before he went into a care home where he died from pneumonia in May 2017.

She was actively involved in the development of the new Commitment to Carers and welcomes it as a positive development.

Beverley says: “It’s good to know that when all else in your world appears to be failing, as it often does feel that way when caring for someone at home, you now know that your local community services are on your side.

“This Carers’ Commitment goes a long way in addressing common causes of complaint or concern and should be considered the standard and a banner for anyone providing patient and carers services across Oxfordshire.”

Kay Francis, Head of Carer Services at Carers Oxfordshire, adds: “The Commitment to Carers is a very welcome promise for all carers in Oxfordshire. It means that the main providers of health and social care in Oxfordshire are committed to value, support and respect carers and the contribution they make to their loved ones or friends and to our society.

“I hope this Commitment will help social and health care professionals to recognise the knowledge and skills which carers have, encouraging a partnership that will benefit all in the care of their patients and the carers that support them.”

• Information about the support available to carers in Oxfordshire can be found at www.carersoxfordshire.org.uk or by calling 0345 050 7666
• An Oxfordshire’s Commitment to Carers poster can be downloaded online and printed off.
• The Commitment is also reproduced in full below.

Recognise You
Appreciate the support and care you provide
Understand that we are all different, with individual needs

Value Your Role
Treat you as an equal partner, working together to get the best possible outcome for your loved one
Listen to you and respect you
Take action when you raise concerns