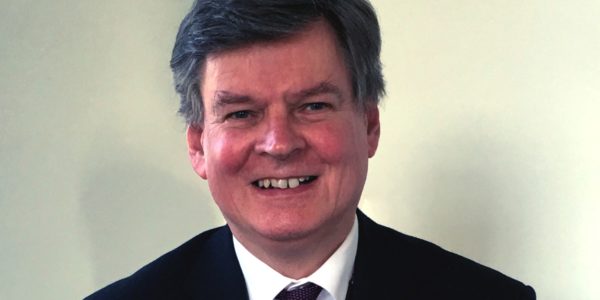 After a long and distinguished career, influential Oxford Health chief announces departure after more than seven years in charge of the trust.

Chief executive Stuart Bell CBE has announced he will retire from the NHS in 2020, after he turns 60. He joined the NHS in 1982 as a management trainee, after graduation from the University of Oxford and will have completed over 37 years’ service.

Having held senior roles in London, regionally and nationally, his last assignment here in Oxford completes the circle.

To ensure a smooth transition, he will continue to lead Oxford Health until a successor has been appointed and is able to join the trust. Arrangements for recruitment are underway and it is anticipated that process will be complete in the first half of 2020.

Stuart said: “It has been a great privilege to serve as a chief executive in the NHS, and to work with such wonderful and inspiring colleagues and partners. After 23 years at the helm I have decided that it is time for me to start a new chapter in my life. I do so confident in the strength of the Board and the senior leadership team at Oxford Health. I know that they will make sure of a smooth transition for the trust to my successor.”

Stuart is consistently cited by the Health Service Journal as one of the most influential NHS chief executives in the country; he was awarded a CBE for services to the NHS in 2008.

His career and public statements demonstrate a commitment to improving healthcare in way that is both carefully thought through and patient centred. He has worked to bring health research and improvement science into close alignment with clinical services. This is so that new treatments can be discovered, driven by clinical need and so that care delivery is reviewed and improved based on evidence. He is on record as saying that care is ‘something we should do with people rather than to people’.

Stuart led the establishment of the UK’s only two Biomedical Research Centres for Mental Health, here in Oxford and previously at the Maudsley Hospital in South London. He also initiated the setting up of Oxford Healthcare Improvement to embed evidence-based approaches to improving care, safety and effectiveness across our services. As we move towards patient and population health needs shaping services, he has helped to develop the integrated care systems (ICS) that will enable that, chairing the mental health workstream of our region’s BOB ICS (Berkshire West, Oxfordshire and Buckinghamshire). In Oxfordshire he chairs the programme to integrate primary and community care.

Under Stuart’s leadership, Oxford Health has opened two major new clinical buildings: the Highfield Unit for inpatient adolescent mental health, and the Whiteleaf Centre in Aylesbury. Most recently the Trust has set out a vision for the future development of the Warneford site, to establish with the University of Oxford a world-class centre for brain health and medical sciences, bringing together medical sciences research, teaching and clinical practice, with shared spaces for public and professional engagement, including planning the development of a new hospital designed for 21st century healthcare.

David Walker, chair of Oxford Health, said: “To serve NHS patients we depend on talented managers and in Stuart we have a dedicated community and mental health professional. He has had a long and distinguished career and we wish him well as he steps down from full-time management – but hope he will consider putting his knowledge and experience to use in less full-on NHS roles.

“As we hope the vision for Warneford will become a reality in the not too distant future, we are on the road to providing a decent modern hospital for mental health service users in Oxfordshire, and Stuart takes huge credit for getting us this far.”

Earlier in his career he worked at Charing Cross and Whittington hospitals before moving to the South West Thames Regional Health Authority in 1990. He has also been the Head of NHS Performance in England in the NHS Executive. Stuart was instrumental in developing King’s Health Partners in London – one of the academic health sciences centres with a major mental health involvement – prior to joining Oxford Health where he helped in the foundation of Oxford Academic Health Sciences Centre.

Oxford Health will now begin seeking applications for the position of chief executive of one of England’s larger community and mental health trusts.