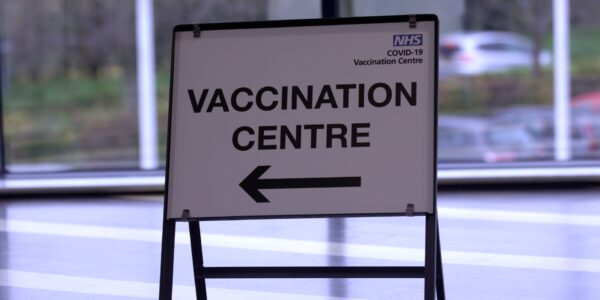 Oxford Health NHS Foundation Trust is operating one of 32 new NHS Vaccine Centres that will start delivering live-saving Covid jabs from today (January 25) as the health service continues to accelerate the biggest immunisation programme in its history.

The Kassam Stadium in Oxford is the first large scale centre that Oxford Health is setting up as lead provider for vaccination centres for the NHS in Oxfordshire, Buckinghamshire and Berkshire West.

The new vaccination centre will kick off by vaccinating priority front line patient-facing staff who work on community and mental health wards as well as in the community via services like district nursing, before opening its doors to patients.

People aged 75 and over will shortly be invited via the national booking system to make an appointment for their first vaccination of the Oxford AstraZeneca vaccine at the Kassam, which will be open to the public by invite only, seven days a week, from 8am to 8pm

If they cannot or do not want to travel to a vaccination centre people can wait to be invited to be jabbed by a local GP service or hospital hub. People are reminded not to turn up to the Kassam Stadium without an appointment.

Commenting on the launch of the vaccination centre, Dr Nick Broughton, Chief Executive of Oxford Health NHS Foundation Trust, pictured, said: “I am delighted that Oxford Health is now playing its critical part in the roll-out the vaccination programme. This step means we can deliver inoculations at pace so that thousands more people can be protected from Covid-19. 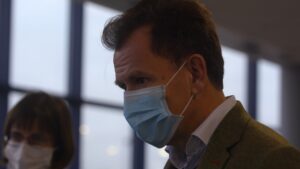 “I would like to pay tribute to my project team at Oxford Health who have dedicated themselves with such commitment to ensuring that the vaccination centre is ready to serve the public. It is also wonderful that we will be administering the Oxford vaccine developed by Oxford scientists, in the city where it was created, to the local population.

“Our work will build on the great accomplishments already achieved in the local system. Our NHS and local authority colleagues have worked tirelessly to protect priority patients as well as health and social care staff.”

With the latest openings, the Kassam Stadium now forms part on a network of almost 50 large-scale centres across the country. The first seven, which can jab thousands of people a week, opened two weeks ago with another 10 opening last week.

There are also more than 1,000 GP services and more than 250 hospital sites now offering vaccinations in England.

More than a million letters have already been sent out inviting people to the 17 vaccination locations in operation, along with some community pharmacy sites, with hundreds of thousands more being sent to individuals over the age of 80 in the vicinity of these new vaccination sites.

NHS staff have already delivered more than five million doses of the vaccine and each centre will be capable of jabbing thousands of people every week depending on supply.

The NHS vaccinated over 140 people every minute last week and hopes to increase this rate this week.

Nobody needs to contact the NHS, as people will be invited when it is their turn. People cannot get vaccinated by just turning up. Appointments are staggered to allow for social distancing and people are urged not to turn up early to avoid queues.

The new vaccine centres will each be capable of delivering thousands of jabs each week but scaling up and down according to vaccine supplies and demand.

If anyone has already received a jab since the letter was sent out or would prefer to wait to be invited to attend a hospital or GP practice, they can simply ignore it. People such as care home residents who are unable to travel to vaccine centres, hospitals or GP-led sites are already being jabbed at home.