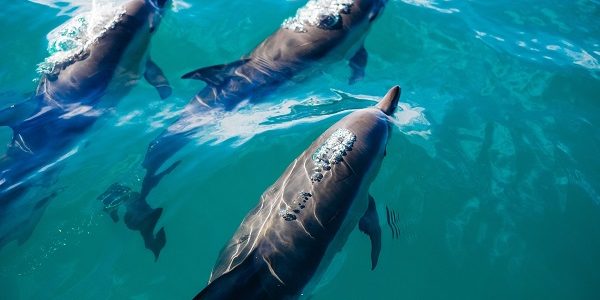 A study by Oxford Health old age psychiatrist is the first to find signs of the disease in a wild animal.

The study  suggests Alzheimer’s Disease and Type 2 diabetes might both be the price of a longer lifespan, with altered insulin function the common cause.

A review led by Professor Simon Lovestone, an old age psychiatrist from Oxford Health NHS Foundation Trust, found that humans were almost unique in having Alzheimer’s Disease. This is the first study to find unambiguous signs of the disease in a wild animal.

“It is very rare to find signs of full-blown Alzheimer’s Disease in non-human brains,” said Professor Lovestone, who is also researcher within the Oxford University Department of Psychiatry and the informatics theme lead for the National Institute for Health Research (NIHR) Oxford Health Biomedical Research Centre (BRC). ‘

This is the first time anyone has found such clear evidence of the protein plaques and tangles associated with Alzheimer’s Disease in the brain of a wild animal.’

Humans are also almost unique in living long after they are capable of having children; fertility in both men and women declines sharply around the age of 40, but people can go on to live as long as 110 years. Other animals tend to die shortly after the end of their fertile years.

In a study published in the journal Alzheimer’s and Dementia, researchers tested the idea that living long after the end of fertility might be linked to Alzheimer’s Disease, by studying the brains of another species which can live long after having offspring: dolphins.

The team (which included scientists from the Universities of St. Andrews and Edinburgh in Scotland, the University of Florida in the USA, and the University of Oxford in England) found signs of Alzheimer’s Disease in the brains of dolphins which had died after washing up ashore on the Spanish coast.

“It was a moment of serendipity when I heard Simon give a talk about the possibility that dolphins might be predicted to get dementia, as our collaborators have previously worked with dolphins,” said Professor Frank Gunn-Moore from the University of St Andrews.

“This study shows the importance of comparative research when considering important questions-non-human animals have so much to tell us about dementia, not just as ‘models’ for Alzheimer’s Disease in people, but also to improve our understanding of dementia in these animals,” said Professor Danièlle Gunn-Moore from the University of Edinburgh and the Roslin Institute, who is the first author on this study.

The team analysed ‘plaques’ of a protein called beta amyloid in the brains of dolphins, as well as tangles of another protein called tau: these plaques and tangles are signatures of Alzheimer’s Disease.

The team think that humans and dolphins are near-uniquely susceptible to Alzheimer’s Disease because of alterations in how the hormone insulin works in these species. Insulin regulates the levels of sugar in the blood, and sets off a complex chemical cascade known as insulin signalling. While alterations in insulin signalling can cause diabetes in people and other mammals, previous scientific work also found that extreme calorie restriction in some animals (e.g. mice and fruit flies) altered insulin signalling – and extended the animals’ lifespan by up to three times.

“We think that in humans, the insulin signalling has evolved to work in a way similar to that artificially produced by giving a mouse very few calories”, says Professor Lovestone. “That has the effect of prolonging lifespan beyond the fertile years, but it also leaves us open to diabetes and Alzheimer’s Disease. Previous work shows that insulin resistance predicts the development of Alzheimer’s Disease in people, and people with diabetes are more likely to develop Alzheimer’s.”

“But our study suggests that dolphins and orcas (who also have a long post fertility life span) are similar to humans in many ways; they have an insulin signalling system that makes them an interesting model of diabetes, and now we have shown that dolphin brains show signs of Alzheimer’s identical to those seen in people.”

Without studying the behaviour of dolphins in the wild, it is difficult to know if older dolphins have similar memory problems and confusion as seen in people with Alzheimer’s Disease. However, the research team do not advocate carrying out tests on captive dolphins.

The study also has implications for people on extreme calorie restriction diets hoping to dramatically extend their lifespan (as can occur in mice and fruit flies).

“If we are right, then it is already too late, by tens of thousands of years,” says Professor Lovestone. “That’s about how long ago in our evolution we are likely to have acquired the insulin resistance that gained the extended lifespan that calorie restriction would produce.”

“While a sensible diet has obvious health benefits and is important for avoiding premature death from avoidable obesity-related conditions, we think that extreme calorie restriction will not extend the human life-span.”

Professor Lovestone now hopes to use this understanding in the lab to improve the way we test new drugs for Alzheimer’s Disease: “At the moment, even in mice which have been genetically engineered to have the plaques associated with Alzheimer’s Disease, there are no tangles, and very little damage to brain cells.”

“This makes it difficult to find new ‘targets’ for curing the disease, as well as studying how a potential drug can change the disease.”

“But if altered insulin signalling can make an animal more susceptible to Alzheimer’s Disease, we might be able produce mice that are a true model of the disease, which we can then test to find new treatments.”