The ‘Let’s Talk FGM’ app wins a bronze ‘Tech for Good’ award in the at the 2017 Creative Tech Awards. 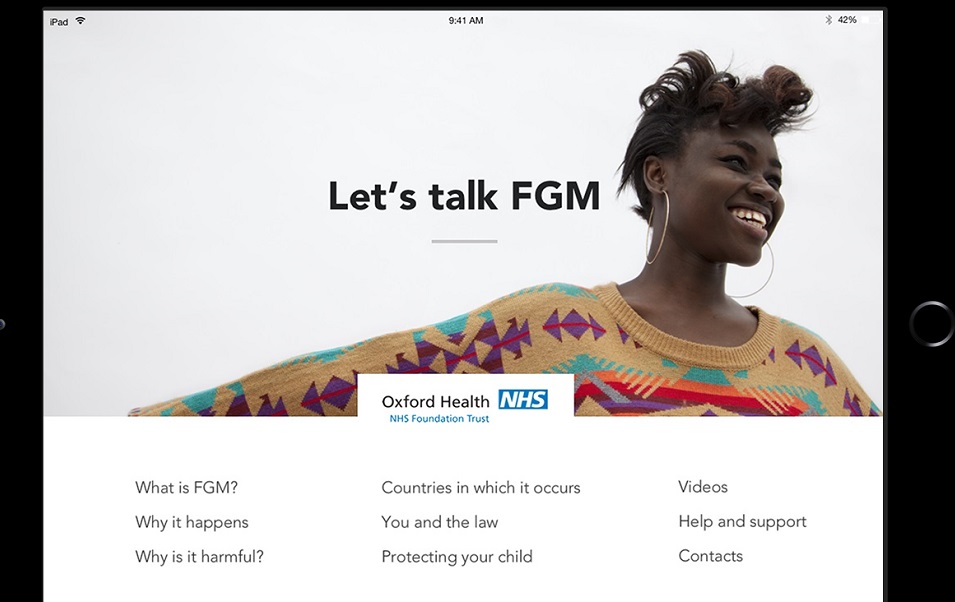 The app was designed by Oxford Health public health nurse Joanne McEwan, and its impact has now been recognised by the 2017 Creative Tech Awards, which promote creative technology pioneers. The same app also won a ‘Gold’ award at the London Design Awards.

The free app aims to prevent female genital mutilation (FGM) and help FGM survivors by facilitating discussion about the practice, and it was put together in consultation with local campaign group Oxford Against Cutting, as well as Oxford Health and Oxford University Hospitals NHS Trusts. The app was developed by the Oxford-based digital agency White October.

Frances Place, who led the project for White October, says:

“Technology can play a big part in making information much more accessible at the point of need. Let’s Talk FGM gives health professionals vital information at their fingertips when talking to their clients.”

Find out more about the ‘Let’s talk FGM’ app

Living with an Eating Disorder

Eating Disorders – School Nurses can help you too