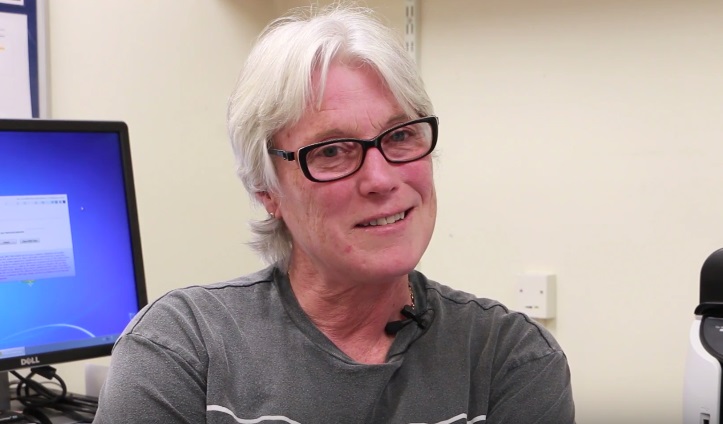 This month Oxford Health bids farewell to long-serving nurse Eve Gibb, who has spent more than 30 years working with the homeless population of Oxford.

Eve has worked at the Luther Street Medical Centre in Oxford’s city centre since 1985 and seen it grow from a service run from a temporary hut to the well-equipped GP practice it is today.

Her final day with the trust is this Friday, and colleagues and patients at the centre paid their respects to the Luther Street stalwart.

“The patients really love Eve and she is highly regarded and respected by everyone here and I know that she will be missed by us all.

“Eve has always understood what our patients are going through and because of that they have always felt she was approachable and someone they could speak to.”

Dr Rob Schafer, a GP at the clinic added:

“What I’ve always loved about Eve is the calming influence she has on those around her and I’ve learnt that from her.

“She really cares about the patients and I think the patients get that and if things go wrong they know she will always be there to help.”

Luther Street patient Alan Thompson said Eve’s final day with the trust on 4 November would be “the end of an era” at the clinic.

“If I were to sum Eve up with one word, it would be excellent,” added Alan.

“She has been amazing and her retirement is going to be a big loss to the NHS as a whole.”

As she reflected on the past 30 years, Eve said she was proud of the work she had been part of. She said:

“For every day that we walk through the door and one person stays alive, then we’ve done our job.

“You have to remember that for the people we see 47 is old: 47 is an age you can die at on the street and we are keeping people alive.”

Eve paid tribute to colleagues past and present as she reflected on a career that has been “rewarding and enjoyable”.

“I think the thing that makes Luther Street so great is that everyone works together so well. It’s like a family here and I am going to miss it very much,” said Eve.

“Luther Street has been my life and it’s going to be hard saying goodbye.”

'Bridging the gap between research and clinical practice'

Become a member of Oxford Health