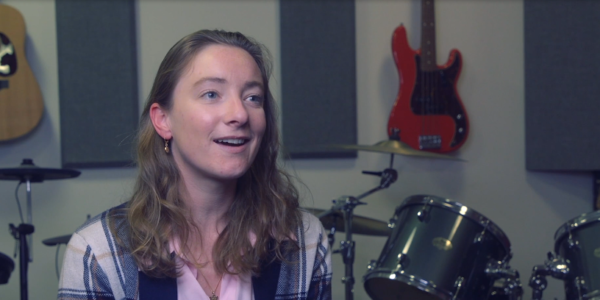 Governor elections: Get inspired by Hannah-Louise

Hannah-Louise Toomey was a public governor for Oxford Health until she joined the Trust as an occupational therapist at the Highfield Unit in autumn 2021. She told us on a video what inspired her to become a governor and how she engaged with her constituency. Get inspired by Hannah-Louise's contagious enthusiasm!

Nominate yourself online at www.cesvotes.com/oxfordhealth2022

“It’s been quite a journey, and it is not over yet! I noticed the need for change when I was receiving support from Oxford Health, and this prompted me to become a governor. Earlier I had been inspired by the incredible treatment that I was given by Cotswold House and decided to embark on a Masters of Science Degree in Occupational Therapy.

“Many years later, I now work for the Trust as an occupational therapist at the Highfield Unit, which was always my dream job! “As tempting as it was to run for staff governor this year, I have decided to prioritise my new job – but I will be running next year for sure!”

Other ways to nominate

If you would like a hard copy or an easy read nomination form, please contact the Returning Officer, Ciara Hutchinson. 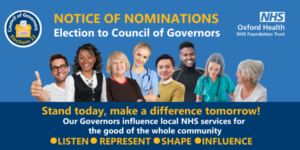 Notice of Election for vacancies