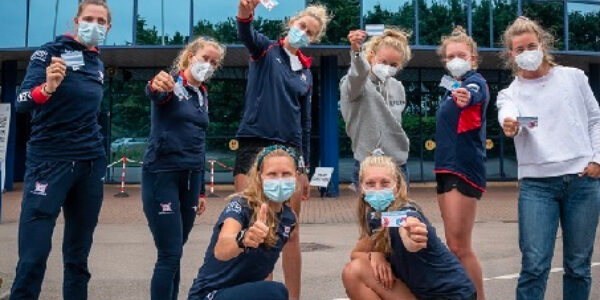 Efforts to encourage as many people as possible to get their COVID jab have received a boost from the GB Rowing team.

The group of elite athletes, who are destined for the Tokyo Olympics, called in at Oxford Health’s vaccination centre at the Kassam Stadium, Oxford, to get their vaccinations before heading off to continue their training.

They were welcomed to the centre by the committed team who have been vaccinating members of the public at the specially set up centre since it opened in February. 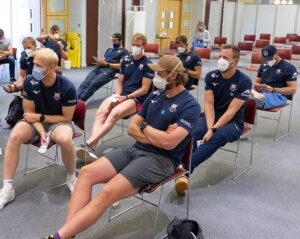 Amongst the team were Ollie Cook and Vicky Thornley who were both pleased to be getting their second jabs and encouraged everyone, particularly young people, to get theirs if they haven’t already done so.

In a special video message Ollie said: “It’s really important for as many people that the in the country to get it so that the country can open up and get back to normal as quickly as possible.

“The staff here that are working to get everybody vaccinated make us proud to be British and see everyone working so well to get the show back on the road. So thanks everyone!” 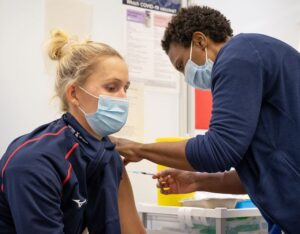 In her video Vicky said: “It’s great to be fully vaccinated and I’m really excited to be here. I feel really privileged to have had this vaccine. I think it’s our way out of the struggles that we have had over the last 18 months.” 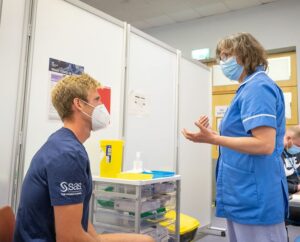 Any adult aged 18+ can now get their vaccination. You can either book online here or attend one of the many walk-in centres that have been set up locally.