Mental health behind bars: health needs, suicide risk and self-harm According to the Prison Reform Trust, 72 per cent of male and 70 per cent of female sentenced prisoners suffer ... Read more 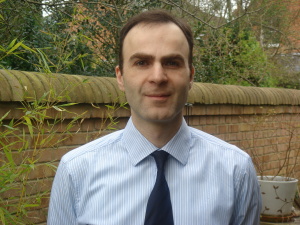 Dr Seena Fazel, senior research fellow and consultant forensic psychiatrist, will be delivering this talk about mental health in prisons

Dr Seena Fazel will be exploring the common mental health problems in prisoners and special populations of prisoners with particular health needs, including juveniles and prisoners from low and middle income countries.

He will compare suicide risk in prisoners in England and Wales with other European countries and look at the risk factors for suicide and self-harm as well as discuss his proposals to reform prison healthcare.

Dr Seena Fazel is a Wellcome Trust senior research fellow and honorary consultant forensic psychiatrist. His research examines the relationship between mental illness, violent crime and the mental health of prisoners. He collaborates with the Karolinska Institute, Stockholm and the University of Oxford.

To book your place please visit the Oxford Brookes Website.

This talk is the first of a three-part series run in partnership with Oxford Brookes University.