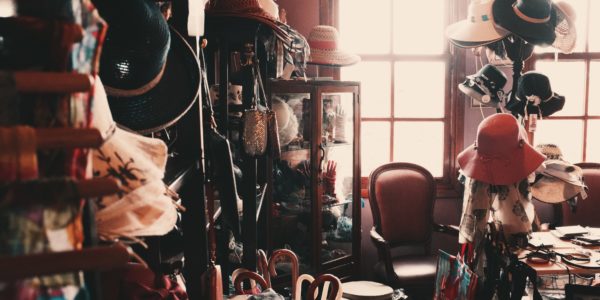 A wide range of services from across Buckinghamshire and Oxfordshire gathered and pledged their support towards improving safety and reducing stigma around a debilitating, but commonly hidden, mental health disorder.

The Bucks Hoarding Conference, the first of its kind in the Thames Valley, provided the opportunity for more than 50 delegates whose work could bring them into contact with people living with hoarding disorder and their family members, to obtain an insight into how debilitating it can be. This includes not only the clutter which characterises such problems, but also social isolation, depression and anxiety which tends to go with it.

Organised in partnership by Aylesbury Vale District Council, Buckinghamshire Fire & Rescue Service, Oxford Health NHS Foundation Trust and Vale of Aylesbury Housing, the conference was designed to help attendees gain better awareness and understanding of the disorder and encourage discussion around ways to reduce stigma, develop more effective ways of working, and improve the safety for those affected and their neighbours.

Professionals, and those directly affected by hoarding, explained more about the disorder, helping to raise awareness that for those affected, there is often considerable guilt and shame associated with the state of their home and confusion over why they have such an impulsive need to acquire possessions. Services such as Environmental Health, the fire service, local housing and Buckinghamshire Healthy Minds, spoke about how they can support those with this often misunderstood and hidden disorder.

The event closed with an agreement from those attending to support work towards a better integrated local strategy for people experiencing such problems.

Professor Paul Salkovskis from Oxford Health NHS Foundation Trust who runs a national specialist clinic for hoarding was one of the organisers and a speaker at the conference, which took place in Aylesbury on Monday 10 February 2020. His research and clinical work has focused on understanding more about hoarding, its effects on social isolation and how better help, support and therapy can be offered.

Speaking after the event, Professor Salkovskis said: “The misery which hoarding causes in those suffering from it and their loved ones is made worse by the extent to which others including the media have tended to attach stigma and blame to the problem, as if it were a lifestyle choice.

“This conference helped to dispel this myth, and indicated how important co-ordinated working and communication between those affected and the agencies seeking to help and support them is.”

Karen Lock (Buckinghamshire Fire & Rescue Service) and Elaine Hassall (Aylesbury Vale District Council), organised the conference as a partnership venture. They said: “We are heartened at the huge response of all the agencies coming together to discuss and tackle issues to furthering support of those with hoarding issues and help guide this initiative forward.

“We were particularly touched by the way people from our Hoarding Support Group spoke so very openly about their hoarding issues paving the way for enlightenment and understanding to all going forward. Their support was and will always be invaluable in informing the services.”

Hoarding disorder is where someone is unable to dispose, discard or part with excess possessions or unused belongings, to the point at which they are storing so many items that their living space becomes cramped.

It can be associated with obsessive compulsive disorder, trauma, depression, autism, or a bereavement or loss of some kind. Often starting in early life, hoarding usually becomes visible in later life, commonly at crisis point, when the living conditions may have reached a level at which they become unsafe for the individual.

Estimates suggest that more than a million people in the UK may have hoarding issues.

Anyone who believes they are affected by this disorder is encouraged to speak to their GP in the first instance, who can refer to local mental health services and signpost to other agencies that can help.

There is also a peer Support Group in Buckinghamshire which meets monthly in Haddenham and a specialist clinic based at the Warneford Hospital, Oxford.

July 26: COVID-19 info: Get a first or second vaccination, walk in clinics, getting tested and staying safe