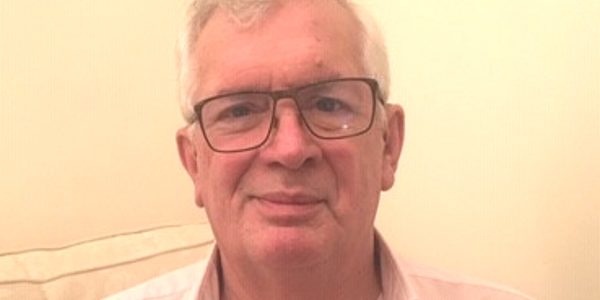 Huge thanks: David set to retire after a 58-year NHS career

He's 74 tomorrow and works as a community nurse in the Elms Centre, Banbury

Working at the Banbury’s Elms Centre has been the happiest time of his 58-year NHS career, says community nurse David Warburton who is retiring from Oxford Health.

David, who celebrates his 74th birthday tomorrow, has worked in the trust for 44 years, supporting and caring for patients in the community.

“The happiest years of my career both as a manager and in my present role as part time community nurse has been my work at the Elms Centre in Banbury,” said David, who officially leaves the trust on New Year’s Eve.

He said: “I have seen many changes over the years to patient care especially working in the community. The quality of care given to our clients from the Elms Team is exceptional and I am proud to have been an integral member of this team for the last 44 years.”

Married to Kathy, a counsellor, for the past 48 years, the couple have two sons and a baby grandson.

David is planning to spend more time with them, tending his large garden in Bloxham, rediscovering his piano and, he jokes “some DIY jobs I’ve not go round to doing.”

He started his nursing career as a cadet nurse at Kingsway Hospital in Derby, a 700 bed mental health facility which closed in 2009 and was demolished.

He continued his career as a nursing officer at The Elms Clinic in Banbury,  then as a senior nurse working towards developing a comprehensive psychiatric service for Banbury and the north of the county. David then transferred to a community nurse position in the newly formed assertive outreach team in Banbury.

He continued to work full time until 2007 when he became a part time community nurse – a role he has carried out for the past 12 years.

Vanessa Odlin, service director for adult mental health commented: “Our huge thanks to David for all his care and compassion supporting so many patients to recover and for his exceptionally long career in the NHS and service with the Trust. We wish him all the best in his retirement.”