A new video explains how our clinicians are working with Oxford University researchers to improve access to psychological therapies. 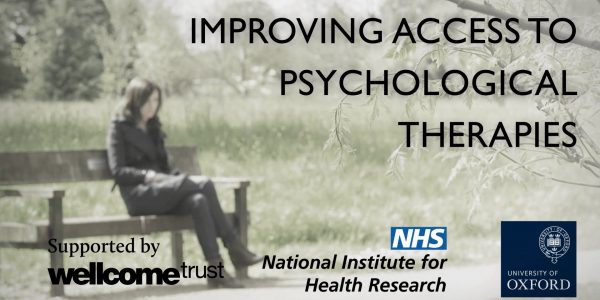 “If you had a physical health condition like diabetes, and we said to you, okay, this is the recommended treatment, but only 4% of the people in the country will get it… there would be an absolute outcry.”

John Pimm and June Dent, the Clinical Lead for Talking Space Plus are two of our clinicians featured in a Oxford University video which discusses how we are working with Oxford University researchers to make sure that everyone who needs them is able to access psychological therapies.

June Dent was part of the team that led the Improving Access to Psychological Therapies (IAPT) programme in Oxfordshire, and researchers are now able to use the programme to assess the effectiveness of therapy.

“(This) has been revolutionary’, said Dr Pimm. “I think we have demonstrated that a systematic approach to applying evidence-based treatments and routinely collecting outcome data can make a massive difference to patients.”

Precision psychological treatments is also one of the key themes of our new NIHR Oxford Health Biomedical Research Centre, which formally launches on 1st April 2017.

Find out more about the psychological therapies at Oxford Health: