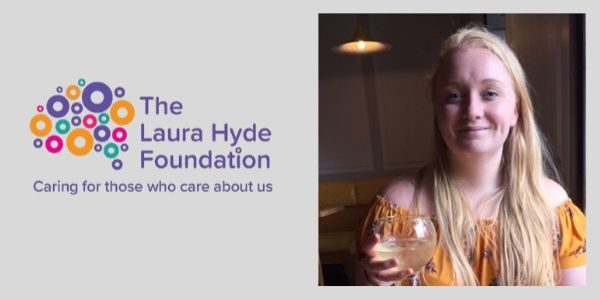 “It is with great sadness that we share the news that beautiful Katie Reynolds has passed away. Katie was a daughter, sister, granddaughter, cousin, niece, friend and colleague. Katie will be greatly missed by everyone that knew her. Katie worked at Derriford Hospital in Plymouth. Everyone knew Katie as the kind, fun-loving, selfless friend and nurse that she was. But many weren’t aware of the struggles that she was going through. Katie sadly lost her battle with these struggles at the end of April.

“As a family we have decided to raise money for The Laura Hyde Foundation This is a charity that has become very close to our hearts, because they raise awareness of the mental health challenges facing those who work in the emergency and medical services. They also want to remove the stigma around mental health and open up the conversation.”

This is a message from Tracey Reynolds, whose daughter Katie took her own life. It is a message that shocked Tracey’s colleagues at Oxford Health, where she works as a rehabilitation assistant, and resonated with many.

Her grief has been immense, but she is quick to emphasise that she has had support from both Oxford Health and Derriford Hospital in Plymouth.

“I am so grateful for it, for all the lovely messages and the kindness – although it makes me cry when people are kind,” she says. And she is equally keen to stress that Derriford Hospital wasn’t the source of Katie’s struggle.

“She loved her job, she had support and was well liked,” Tracey says. “Not knowing is the hardest thing. But we will never know why – only Katie knows.”

Tracey and the whole family knew that they wanted to cherish Katie’s memory by raising awareness of mental health.

“We considered several charities and then learnt about the Laura Hyde Foundation. It really resonated with us,” Tracey says.

The Laura Hyde Foundation was set up in late 2017 in response to the tragic passing of Laura Hyde, a young naval nurse who suffered with mental health issues, yet dedicated her life to helping others. The Foundation’s objective is to is to ensure that all medical and emergency services personnel have access to the best mental health support network available.

Tracey wants to encourage people to talk about their struggles.

“I do feel it sounds so lame: ‘talk to someone’,” she says, almost exasperated.

“Yet it is so important. Many people are so good at putting up a front, like Katie was, laughing and singing at the ward, living independently, even though she had struggled with social anxiety and feeling she didn’t belong,” Tracey recounts.

Now she wants to promote the Laura Hyde Foundation’s work precisely because they can help others to dare to be less self-reliant, to speak out, to off-load before the load is too heavy to carry. The family has been working with Liam Barnes, Laura’s cousin, who set up the foundation, and is hoping to make their support known to her colleagues at Oxford Health and further afield.

“It means that positive things will come out of this terrible time,” she hopes.

If you would like to donate to The Reynolds Family campaign in Katie’s memory, you can contribute here.

Katie’s friends have started a campaign of their, also collecting for the Laura Hyde Foundation. They are planning to run, cycle and swim 290 kilometres in a week in their Kilometres for Katie crowdfunding quest, and you also contribute to this.

A friend sent this tribute to the Reynolds family: “Katie was honestly one of the most amazing people I’ve ever met. We met last year on Bracken when I was a student nurse and she was my mentor. I looked at her and thought ‘that is the kind of nurse I want to be.’ I was so happy to also be able to call Katie my friend and when I came to work on Bracken she supported me through all the difficult moments. She was kind and compassionate in her work and we all adored her. I will be forever grateful to call her a mentor, a colleague and a friend.”

After Katie’s death Tracey has been off work from her role in the Witney therapy team.

“I work in the community and I think I will struggle when I meet people, especially when I feel their kindness,” she says. “But I will go back; it’s what Katie would have wanted. She wouldn’t want our lives to end just because hers has ended.”