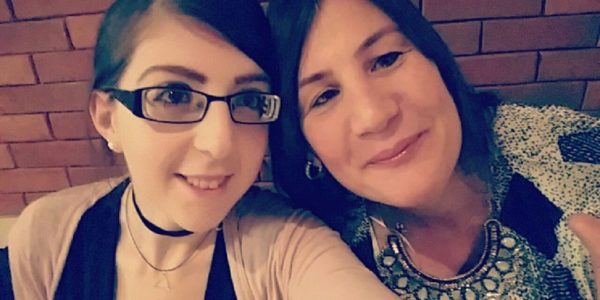 The healing power of music could soon be transforming the lives of adult mental health patients at a special studio being created in memory of Lucy Sessions.

Lucy’s Room is an Oxford Health Charity appeal which seeks to create a modular building on the Warneford Hospital site in Oxford where people can make or record music. 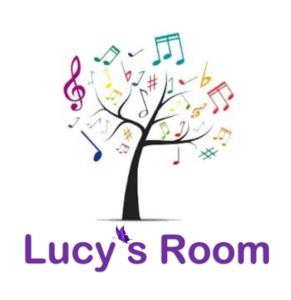 Evidence shows that music and being able to express your feelings through it can have a hugely positive impact on mental health including:

The Lucy’s Room project was instigated by the family of Lucy Sessions, a gifted singer and musician, following her tragic death on August 19, 2017.  An inquest is expected to be held early this year to establish the cause of her death.

Lucy, who was 22 and a young mum when she died, had been receiving mental health support since the age of 17 when she first became an in-patient at the Highfield Unit.  She had been diagnosed with emotionally unstable personality disorder.

During her stay at the Highfield, she discovered a deeper love of music. Having already become an accomplished self-taught guitarist, she developed her singing skills and even learned to play the drums at the unit’s state-of-the-art studios.

However, as it stands there is no such facility for adult patients, a situation that Lucy’s parents Lesley and Neil Gordon, in conjunction with Oxford Health Charity, are determined to change.

A specially designated site at the Warneford Hospital in Headington has been identified, planning permission from Oxford City Council is being sought. And Oxford Health’s estates team is working with organisations to secure a portable building and provide necessary groundworks.

The results, hopefully in early 2020, will be a fully equipped place for adult mental health patients like Lucy who find total release and solace though music.

Oxford Health Charity has donated £12,000 of the £28,000 in the Lucy’s Room Charity fund with Lesley and Neil putting boundless energy into organising events and fundraisers –  from collections outside supermarkets to a recent glitzy masked ball at The Chesterton Hotel.

They’ve secured a host of sponsors and prizes from a range of organisations and clubs near Bicester – all of which have been moved by Lucy’s story.

“The idea of a Lucy’s Room has been a real help for us.” says Lesley. “Since her death we’ve found that Lucy helped so many people. We’ve had strangers come up to us when we’ve been collecting outside Tesco telling us they were in hospital with our daughter and that she helped them so much.

“Lucy’s Room will mean that she’ll have an enduring legacy. And if it can help one person through giving them something that can truly help them – music – then her death will not seem so much in vain It’s what she wished for – to help people.”

Lucy was born on July 18, 1995, the youngest of five children. She was a tiny baby, weighing just 5.5lbs at birth. A happy little girl, she went to Watlington Primary and then on to Cooper School in Bicester, and what she lacked in physical stature she made up with her big personality.

Although quite shy in the outside world, she was quite the joker at home and with friends. She also had a big heart and loved volunteering at Bardwell Special School. “She was always the cuddly one,” recalls Lesley. “She had a great sense of humour and did impressions of family.”

Things seemed normal until, as Lesley said: “She was nearly 17 and I came home from work one day and there was an ambulance outside my house. She’d taken an overdose and that was the first indication I had that there was a mental health problem.”

When Lucy transitioned from adolescent care into adult care, she found the switch particularly hard including the loss of her cherished music space. Neil said: “She always liked listening to music, taught herself to play guitar by watching YouTube. She was a natural and used to sing for neighbours. At school she was the shy one at the back, but music transformed her.”

Working with music therapy lead Stuart Hobbs, Lucy recorded many of her self-penned songs at the Highfield, learned to play the drums and put on concerts for patients and staff at the Highfield and Wintle Ward in Oxford.

“She wrote a really lovely song for a friend going through a tough time ‘It’s OK not to feel Alright’ and one for her baby son ‘My Little Miracle’,” said proud Lesley.

Lucy had a large circle of friends and  on the day she died she was being supportive to them, according to her mum.

Even though 28 painful months have passed since her death Lesley insists: “If Lucy can be that strong in her hour of darkness then I’m sure we can be strong for her. Lucy broke us both long before she died with what she went through.

“But we haven’t got time to grieve,” says Lesley as husband Neil adds: “We’ve got too much to do first.”

The incredible couple from Bicester buoy themselves with their Lucy’s Room mission that they are determined to see through in their daughter’s honour.

If you would like to help, support or donate to the appeal, please visit www.oxfordhealth.charity/appeal/lucys-room. Any offers of help should be directed via email to charity@oxfordhealth.nhs.uk