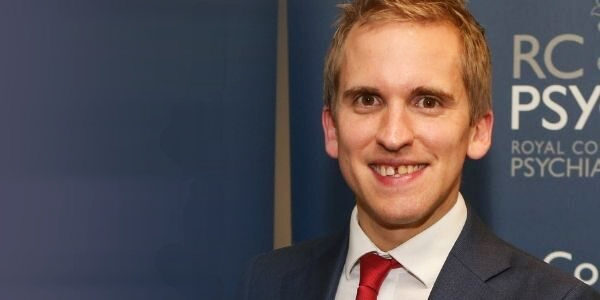 Max Taquet is RCPsych Foundation Doctor of the Year

Outstanding researcher praises Oxford Health as a place to learn, train and innovate

Dr Maxime Taquet has been awarded the Royal College of Psychiatrists Foundation Doctor of the Year award. He is an Academic Clinical Fellow within the Department of Psychiatry at the University of Oxford and currently working four days a week in the Sandford ward at the Fulbrook Centre.

Max has done all his medical placements at Oxford Health. Talking about his award he wanted to highlight “what an excellent training environment Oxford Health is.”

“Oxford is known to be one of the best, if not the best place in the country for medical students’ placements in psychiatry, in terms of duration and supervision. As a result, quite a lot of medical students in Oxford go into psychiatry. As a student I became more and more convinced that psychiatry was a good career for me.”

“Then as a foundation doctor I had the privilege to work in Abingdon in the adult mental health team under consultant psychiatrist Tina Malhotra. I was very well supervised. It was a fantastic opportunity to develop as a clinician and become more and more independent,” he says.

In his thank you speech at the awards ceremony last week (Thursday, November 26) he said:

“I want to thank my mentors who are all incredibly smart, inspiring, and nice people: Paul Harrison, Guy Goodwin, Kate Saunders, and Andrea Cipriani.

“I also want to thank the South Oxon Adult Mental Health Team with whom I have learned the foundations of clinical psychiatry. There has never been a more important time to do psychiatry as the Covid-19 pandemic reminds us that with any public health emergency comes a mental health one.”

From engineering to psychiatry

Max’s path to psychiatry wasn’t at all self-evident, though. Before studying medicine he was an engineer and did a PhD in brain imaging technologies.

So much so in fact that he developed a mobile phone app with a few friends to monitor mood and behaviour. The app was used in a reality TV show in France and enabled the collection of 10 million data points among 60,000 people who reported their mood and behaviour several times a day.

“I knew psychiatry was an option when started as a medical student. But I was still hesitant between that or neurology or radiology. I just knew it had to be something to do with brain imaging because I wanted to carry on my research.”

As medical student he did his placements in psychiatric wards and community centres at Oxford Health.

“I really enjoyed it and it became more and more certain that I would pursue a career in psychiatry,” he says. This path brought an early reward when Max was named the Royal College of Psychiatrists Medical Student of the Year in 2017. This prize recognises a combined contribution to psychiatry as a scholar, an academic, an innovator, and a teacher.

But how does one come from engineering to psychiatry?

“Engineering is very good at modelling and making sense of complex systems,” he says.

“Psychiatry is full of those very important, very challenging questions. In academic psychiatry, we try and address these questions using a range of sophisticated technologies – something that people on the outside do not necessarily expect,” he says.

“When people think of psychiatrists, they picture someone who spends their time talking to patients. But in research, and to a certain degree in clinical practice, there’s technology and a huge amount of data that is involved.”

He is now passionate about combining data of many kinds: brain imaging, mobile phone and genetics to better diagnose and treat mental illness.

The most recent and widely publicised of this type of research he’s been involved in is a study into associations of COVID-19 and psychiatric disorder. The study, published in The Lancet Psychiatry, used electronic health records of 69 million people in the USA, including over 62,000 cases of COVID-19. One of the key findings of the research was that almost 1 in 5 people diagnosed with COVID-19 receive a psychiatric diagnosis within the next 3 months.

“This finding was unexpected and needs investigation. In the meantime, having a psychiatric disorder should be added to the list of risk factors for COVID-19,” Max said at the time of publication.

Despite his passion for brain imaging and big data Max believes we must remain humble.

“The critical thing about big data is they are very powerful in answering big and difficult questions. But because they are so powerful, a small mistake can be inflated.  We must analyse small biases very carefully to make sure that what we are claiming is correct. With big data comes big responsibility.”

“Neuroscience and neuroimaging have been of great help in understanding many questions in psychiatry but apart from few exceptions it hasn’t yet translated into clinical practice. The idea that we will be able to scan a patient’s brain and turn that into a diagnosis and predict a treatment is, I would say, hype, rather than reality. Hopefully it will be able to contribute to clinical decision making but we shouldn’t overlook the complexity of the patient and the condition that is in front of us. It can’t be reduced just to a scan.”

As for being named the Foundation Doctor of the Year, Max says he found it extremely rewarding.

Delivering the award, the president of the College, Dr Adrian James, said:

“Maxime scored highly in all categories, as a professional, clinician, leader, educator and researcher with an outstanding research output at such an early stage of his career. He is innovative, uses initiatives clinically, and has an excellent academic pedigree.”

Max says: “It’s an award that recognises many aspects of being a young doctor, not just a researcher. As I spend most of time at the moment doing clinical work, it’s nice to be acknowledged for that, too.”

“I also think there has never been a more fascinating time to do academic psychiatry with innovations emerging every single month. With that I would like to thank the Royal College not only for this award but also for the continuous support they have given me and many others during our early career as budding psychiatrists.”