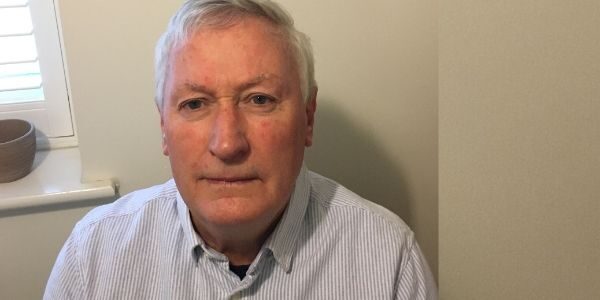 “I felt that if I want to make a difference, becoming a governor is the way to do it”

Myrddin Roberts is a driver/receptionist for the out-of-hours service in Witney and a staff governor for the Community Services Directorate at Oxford Health NHS Foundation Trust.

He started his driver/receptionist role some 10 years ago after he retired from his job as a director for Lloyds Bank.

“I took about one and a half years completely off, and then a friend, who is a GP, said it was ‘time for greedy bankers to put something back into the system!’” he says.

“I applied to be an overnight driver and 10 years later I have managed one overnight shift. The rest has been 12-hour driving shifts at the Witney base with a reception shift every other Thursday evening at Witney.”

During the Coronavirus pandemic Myrddin has been shielding.

“I’m over 70, and during the pandemic my son, who has type 1 diabetes, has been staying with me, so I have two reasons to shield,” he says.

His great passion is to do charitable work for diabetes awareness and for other causes in the community.

Myrddin was elected to Oxford Health’s Council of Governors in May 2019.

“I felt that if I want to make a difference, this is the way to do it,” he says. His special interest is to find ways to save money by improving the efficiency of processes so that the money can be spent on patient care. As an example he gives the IT systems in his job.

“The drivers’ laptops don’t run the same program as the reception’s but if they did, everyone in the team – receptionists, clinicians and drivers – would work more seamlessly across the whole geographical area,” he explains.

In his own time he has researched the issue and found a solution, which he has put forward to the senior management at the trust.

“As a governor I’ve been able to do that,” he notes. “And I have a list of some other things where we can gain savings. It is often a case of having to spend in order to change in the longer term,” he adds.

You can contact Myrddin and all our governors at contactyourgovernor@oxfordhealth.nhs.uk.

See all our governors

Sign up to become a member of our trust