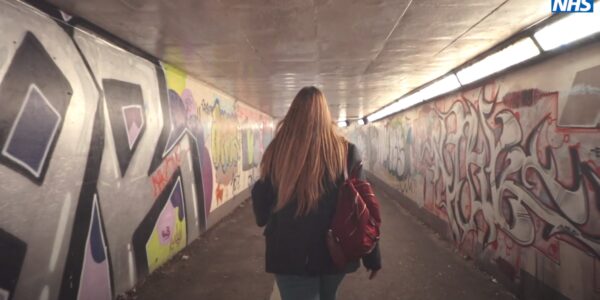 Short Films on Mental Health: New release on Prozac adds to catalogue of films for patients and families

“The video I am involved in is like an introduction to helping someone who doesn’t know what sort of services they can access or didn’t know what they were experiencing was experienced by others and that there’s help for it and people trained to help them through it. Watching the video should just be a first step on the road to seeking support and feeling better.”

Oxford Health’s library of Short Films on Mental Health has just got bigger with a new video release – all helping to raise awareness, promote understanding and answer questions on a range of conditions.

The latest is about the anti-depressant medication Fluoxetine, also known as Prozac. This is a common medication for younger people experiencing mental health issues and the video has been designed to explain why it is prescribed and answer the kind of questions that patients and their families may have.

Films are a real team effort

The videos are the result of a partnership between the trust’s music therapy lead, Stuart Hobbs, trust clinical psychologist Hannah Stratford and Trust consultant Tony James who, together with some of the young people who have used Oxford Health’s Children and Adolescent Mental Health Services (CAMHS), have produced the series.

Breaking down a big subject

Stuart, who shot and edited the videos, explained: “Mental health seems a big subject and for many people taking that first step to understanding some of the issues and words is tough. What we’ve tried to do is create videos that break things down so that it’s easy for viewers to get into the issue and, we hope, are reassured the more that they watch.

“The videos have been well received with over 120,000 views and the comments on YouTube have been really good. It’s great to get good feedback but the main thing is that we are helping people and putting up-to-date reliable information out there.

“They are being used internally by the trust to raise awareness amongst staff, particularly those new to the organisation, and also provided to patients and families.”

The first 10 films were funded through the Global Digital Exemplar scheme as part of a patient facing resource, with the Oxford Health Charity funding the film on Fluoxetine.

Stuart said: “We created the videos with young patients in mind, but the good thing about it is that anyone of any age can really get something from them whether they are experiencing mental health issues, know or care from someone who does, or even if they just want to know more having read about it in the news. We are hoping to continue to make further films on the issues we have not yet covered to create a comprehensive resource.”

Sadie Rees is now 20 and studying art at university in London, but she has been closely involved in the production and appears in four of them herself. She explains: “I got involved when I was at Oxford Health’s Highfield Unit a few years back and worked on a number of the videos with Stuart. After I left the Highfield the opportunity came up to work on more short films”

“Because of my own experience I was able to contribute ideas, particularly to the film about neurodiversity. Making that video in particular was good and it’s a nice watch as we spoke to a lot of different people and heard different opinions.

“The videos are really good because they are presented in a way that they are very easy to understand. A lot of the information out there on mental health can be quite confusing and scary and a lot of people thrown off by it.” 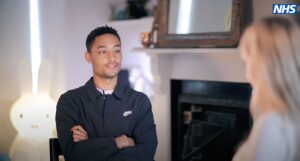 As well as being a well-known musician, Loyle is also an ambassador for the charity CALM (Campaign Against Living Miserably) and runs a yearly cooking school for young people with ADHD.

Holly Wolton, a trainee child and adolescent psychiatrist with Oxford Health, appears in a video about self-harm where she is interviewed by Sadie. She said: “I’m sure the videos will really help young people as they are easy to understand and use young people’s stories to put the issues into context.

“Lots of young people have struggled during the pandemic with not going to school as for many it’s a safe environment for them or somewhere they enjoy.

“It’s also really good that there’s something positive online for young people who may be experiencing difficulties. They may be having problems at home with family, they may be in care, foster homes or having difficulties with external family members, friends, or being bullied and with the pandemic you can lose contact and miss good friendships.

“The video I am involved in is like an introduction to helping someone who doesn’t know what sort of services they can access or didn’t know what they were experiencing was experienced by others and that there’s help for it and people trained to help them through it.

“Watching the video should just be a first step on the road to seeking support and feeling better.”

The videos currently available include:

A conversation about suicide

A conversation about self harm