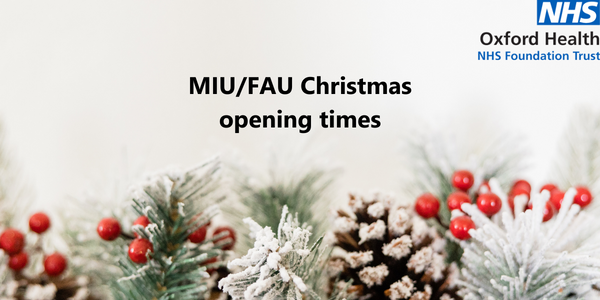 Oxford Health's Minor Injury Units and First Aid Units will be opening alternative hours over the Christmas period between December 23 and December 28. See below for all the information.

Henley MIU closed from 4pm-8pm. Re-opens Monday December 26 at 9am.