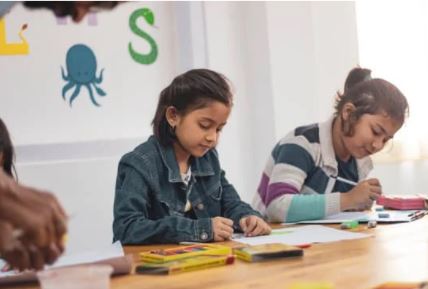 Extra funding awarded to Oxford Health means that there will be more professionals supporting children and young people’s mental health and wellbeing in Bath and North East Somerset (BaNES) and Wiltshire.

The news comes during Children’s Mental Health Week and the extra teams will build on the already successful work done in the area by already established teams.

This latest investment means an additional 16,000 children and young people will be seen by two new Mental Health Support Teams (MHSTs).  The new educational settings that these teams will work in have been selected based on deprivation data.  This includes some additional Special Educational Needs settings.

Oxford Health now has six teams with four in Wiltshire and two in BaNES alongside four teams in Swindon which are delivered by Barnardos. This far exceeds the government’s initial aim of covering 25% of schools in each area.

MHSTs support children and young people with mild to moderate mental health and emotional wellbeing issues, such as anxiety, behavioural difficulties or low mood. MHSTs are also established in Oxfordshire and Buckinghamshire.

In primary schools, the MHSTs work with over 5s and their parents.  Support is offered for issues such as low level anxiety, low mood and some behavioural difficulties.  They also deliver groups and psychological education on relevant topics, for example transition to secondary school. In secondary schools they focus on anxiety and low mood support.  They also support schools with promoting good mental wellbeing for all of their pupils.

They are able to risk assess circumstances and maintain face-to-face working in school during the pandemic when this is safe to do so, as well as providing digital consultations.

James Fortune, Oxford Health’s Head of Service for Bath and North East Somerset, Swindon and Wiltshire, explained: “This latest funding helps us to build on the successful work that we have been doing across local schools for some time.

“Coverage in Bath and North East Somerset, Swindon and Wiltshire is now well over the government’s 25% target, and this is excellent news for young people, families and schools.

“We see the MHSTs as a valuable enhancement to the services already available to pupils, families and schools and hope that they will help to improve life chances for children and young people by providing help early on.”

“Giving children the best possible start in life is essential to helping them grow into happy and healthy adults, and this newly available support will make a world of difference to those young people in need of a little extra help.

“Looking after mental health, especially from a young age, is of paramount importance, and I’m delighted that children in our region will soon have even more fantastic support available to them.”

Each MHST consists of seven to eight individuals, made up of educational mental health practitioners , supervisors and support workers.  They can support up to 8,000 children and young people. The teams have been recruited and, in the coming months, they will develop a range of skills in the teams and undertake training through the University of Exeter.

The success of the MHSTs so far can be seen in some of the feedback received from the people that they have worked with.

“I was able to understand more in depth about my thoughts instead of being told to just not do that anymore.” – Young person age 15

“I felt really supported. I felt I could turn to you for advice, and you would listen. I felt I was accepted, and it meant a lot, cos life didn’t accept me in a way. I really liked when we’d have a meeting, cos mainly it was a break, a good escape from the stress of every day, I could talk to you and relax a bit. Get it off my chest and I didn’t have to keep it in anymore. It was a really nice experience.” – Pupils aged 14

“The sessions were well structured, and we talked about how to solve the problems. I was always listened to, I could always say anything, did not have to change my words, I could say everything as it was.” – Young person aged 18

“The acknowledgment that came through from the start that we were not the only family struggling with such issues, and it wasn’t our fault and that we were being taken seriously which was reassuring for us.” – Parent of child, aged 10

“The therapist I saw very incredibly attentive and interested in what I had to say regarding my child. She listened and offered feedback above and beyond the standard questionnaires provided.
I was able to talk freely and openly about my fears, worries and problems that had arisen and was met with helpful responses every time.” – Parent of young person aged 16