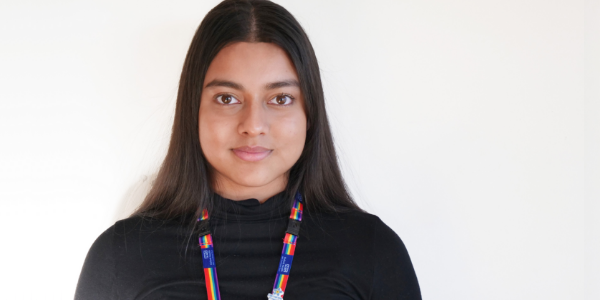 Nadira’s getting ahead of the competition

Choosing an apprenticeship over an expensive university degree was a ‘no-brainer’ for Nadira Hussain.

The ambitious 20-year old from Oxford, is earning while learning and stopping herself getting saddled with a debt of £40,000 – the average cost of someone leaving university with a foundation degree – while working towards achieving the equivalent qualification.

Nadira has opted to work for Oxford Health for a full time wage as a band four resourcing officer while completing her essential level three Chartered Institute of Personnel Development (CIPD) apprenticeship, a recognised professional standard for HR.

The level three CIPD would have cost Nadira £2,000 but her apprenticeship is funded through Oxford Health using the Apprenticeship Levy, a government-funded scheme where money is put aside to up-skill the workforce.

She started at Oxford Health in October 2017 as a resourcing assistant and was promoted to a resourcing officer in September last year and began her apprenticeship course, spending four mornings a week at work and the rest studying at Abingdon and Witney College.

Her line manager Serena Brooke, Resourcing Manager at Oxford Health, said: “Nadira was an excellent candidate for the officer role that opened up on my team. She really stepped up and took on a lot of responsibility when we were really busy, but most impressively she demonstrated initiative by finding avenues to develop herself which really influenced my decision.”

Nadira finishes the 10-month course in July and has already started making plans for her level five CIPD apprenticeship – which is equivalent to a foundation degree and mandatory for Nadira’s career move into her next role as a recruitment advisor.

She is delighted with knowledge she is building from hands-on experience.

“The exposure you have during your training at Abingdon and Witney College is great, while on the job you can really see the importance of the HR process following company policy and law in your everyday work.

“As part of the course we also get to go to an employment tribunal where you learn about different types of disputes between employers and employees.”

We also support staff like Nadira who want to explore apprenticeship courses that develop their career.