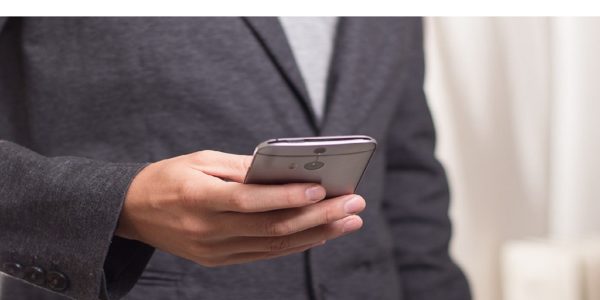 The app was designed jointly by researchers, service users, healthcare designers and clinicians and will be trialled through Oxford Health NHS Foundation Trust.

Some people with psychotic illnesses like schizophrenia will be asked to try the app as part of a programme of support developed with the University of Oxford, the first of its kind.

Research has shown that fast thinking habits contribute to paranoia, one of the commonest symptoms of severe mental health problems. These are associated with significant distress and disability.

Drug and psychological treatments do not always work so a programme of eight therapy sessions and digital support through a website and mobile app has been designed to try to help.

The digital support allows users to input distressing thoughts such as “They are laughing at me” or “I am being spied on” as many times as they need to.

When they select this thought the user uses a slider linked to a thought bubble on the screen. The more distressing the thought, the larger the bubble becomes.

The bubble then spins and encourages the user to “slow down” and asks a series of questions to which the user agrees or disagrees, such as “could the situation be due to chance?”

Researchers believe the website and mobile app – which synchronise together – will help people slow down their thoughts and thus reduce their distress. Initial feedback from users of the app has been very positive.

John (not his real name), who has used the app, said: “I was really nervous about doing SlowMo, but it wasn’t as stressful as I thought.  It’s changed my perspective on my thinking habits, now I think it’s like there’s two sides to every story, there’s two reactions, thinking fast or thinking slow.

“It’s been really positive, it makes me think more than I used to, and it’s been very helpful.”

Staffing support is being provided in Berkshire and Oxfordshire by the NIHR Clinical Research Network Thames Valley and South Midlands (LCRN).

It has been developed by the University of Oxford with King’s College London with design support from The Royal College of Art.

SlowMo is the culmination of three decades of research, led by Professor Philippa Garety at King’s College London and Prof Daniel Freeman at the University of Oxford.

This found that fast thinking habits contribute to paranoia, and a talking therapy promoting slower thinking showed promise in helping people cope with their worries.

Dr Andrew Molodynski, mental health lead for the LCRN, said: “The SlowMo study is a real step forwards, allowing people with psychosis to play an active role in their treatment, ensure it is personalised, and hopefully gain more mastery of symptoms that can be hugely distressing.

“It builds on the excellent pioneering work of professor Dan Freeman and his team at Oxford University and it is wonderful that these opportunities for patients to try novel therapies exist in the Thames Valley.”

Dr Mar Rus-Calafell, SlowMo lead Clinical Psychologist, Department of Psychiatry, University of Oxford, said: “The combination of a digital therapy and a mobile app allows us to help people to slow down their thinking and to implement and use these strategies in their daily life.”