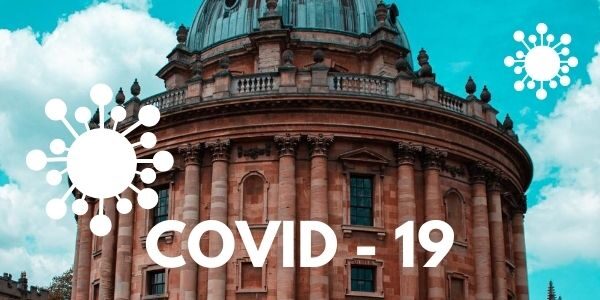 Appeal to abide by the 'rule of six' and to wash hands, cover face, make space

People in Oxfordshire are being advised to only get tested for COVID-19 if they have symptoms as the level of positive cases in Oxford mean the city is once again on amber alert.

The figures for Oxford rose to amber alert level in mid to late August but then fell back again. An amber alert happens when cases rise above 25 per 100,000 of the population.

Ansaf Azhar, Oxfordshire County Council’s Director for Public Health, said: “Since Oxford’s cases last rose to amber, there has been a large rise in cases across the entire country. The Government has instigated its “rule of six” in an attempt to tackle this rise and I appeal to everyone in Oxfordshire to abide by this new rule.

“Only by cutting down the number of close interactions between individuals can we stop the spread of this virus. That has been seen very clearly throughout the world.

“The Government is seeking to get on top of this current national rise in cases without having to resort to a full national lockdown of the kind we saw earlier this year.

“Locally, if we want to avoid the tighter restrictions that we have seen in the north-west, our best strategy is to follow the rule of six to the letter and to keep doing those basics – wash your hands, keep your distance and wear a facemask. Collectively, the situation is in our own hands – as individuals, families, colleagues and neighbours.

“When Oxford was last at amber status, that put us in the top 20 in the country for COVID cases. Now we are nowhere near that top group – but we have seen how quickly things can change. If we don’t take the rule of six seriously, we could be at the top of that league table in the blink of an eye, with local lockdown measures in place. Let’s not go there.

Only get a test if you have symptoms

Testing is a crucial part of limiting the spread of the virus. It protects communities and provides the opportunity to create a full picture of how the virus is spreading within communities.

To supplement national resources in Oxfordshire, a local testing site has been set at Oxford Brookes University campus site in Headington. The facility is available for residents as well as Brookes students and staff.

The regional testing site at Oxford Parkway is still open every day for those able to access testing with private transport. People are advised to pre-book by calling 119 or registering online.

It is essential that people do not turn up at their local A&E asking for a test.

There are hopes of securing an additional local testing site in Oxford as well as further sites across the county.

Ansaf Azhar, Oxfordshire’s Director for Public Health, added: “Oxfordshire has had among the highest rates of testing in the south-east region. However, as with other parts of the country, we do have an issue with rising demand. We are therefore actively urging people not to book a test if they are not symptomatic. If you don’t have COVID-19 symptoms, please do not book a test – you could be taking a test away from someone who really needs it.

“Booking slots are made available the evening before for morning appointments, and on the morning for afternoon appointments. There are times therefore during the day where test booking may not be available. Booking slots are released continuously, so people who are symptomatic should come back later to the website or 119 service and re-attempt their booking”.