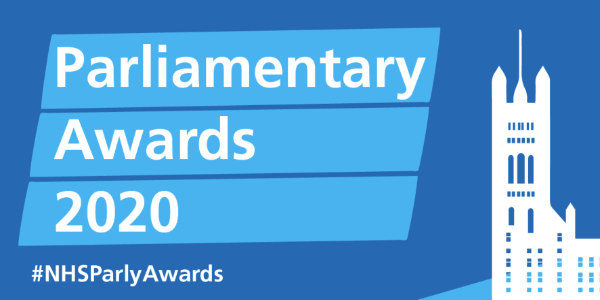 Oxford Health aiming for more honours in the Parliamentary Awards 2020

The NHS Parliamentary Awards 2020 have been launched to celebrate and give national recognition to staff who go above and beyond the call of duty.

The NHS has today (March 4)  launched the NHS Parliamentary Awards 2020, to celebrate and give national recognition to staff who go above and beyond the call of duty.

The awards were created to celebrate NHS staff, carers and volunteers their hard work, innovative ideas and unwavering efforts to put patients first, and this year – during 2020 Year of the Nurse and Midwife – the health service is putting the work of these professionals in particular, up in lights.

Also enjoying success in the awards last year was Oxford Health’s pioneering project to develop a Digital Care Assistant (DCA), which enables staff to gather observations from mental health inpatients on Vaughan Thomas Ward without waking them at night. It was named regional winner in the Future NHS Award.

Both teams were chosen from hundreds of nominations and received the unanimous backing of all of Oxfordshire’s six MPs.

Members of Parliament are now searching for nominations to submit and want to hear from outstanding individuals in their local area, who have innovated, impressed and made a real difference to how the health service provides care for patients.

Professor Jacqueline Dunkley-Bent, chair of the national judging panel and England’s chief midwifery officer, said: “NHS staff and volunteers make the health service what it is – the largest and greatest care team in the world that provides high quality care to patients throughout the year.

“The NHS Parliamentary Awards area unique opportunity for MPs to highlight the amazing work done by NHS staff in their local areas, and I look forward to working with all of the judges to review the nominations we receive.”

Ruth May, Chief Nursing Officer for England, said: “In 2020 the NHS is celebrating the International Year of the Nurse and Midwife, which recognises the profession and the care that nurses and midwives offer to patients, as well as their expertise, skill and knowledge.

“I would encourage all those who have received high quality care from nurses and midwives, as well as other NHS staff across the health service, to send nominations to their MP to ensure that staff receive the recognition they deserve.”

There are ten categories, including a Lifetime Achievement award to honour those who have devoted their life or career to making the NHS better, both for patients and those who work within it.

Last year more than 200 Members of Parliament nominated an individual or organisation for an award. There were over 600 nominations from MPs in England – 600 examples of talent, creativity and brilliance in the NHS identified by England’s MPs.