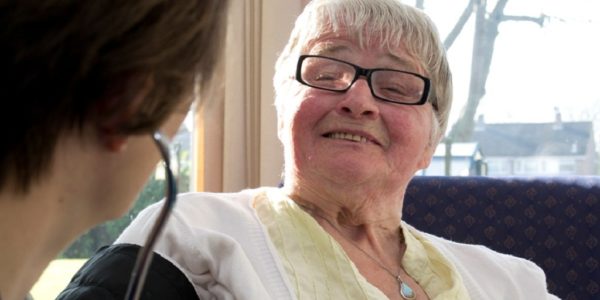 People visiting Oxford Health memory clinics will be asked if they want to take part in the trial.

People in Buckinghamshire and Oxfordshire over the age of 50 are being invited by the NHS to join a pioneering European-wide study looking at long term risks for developing Alzheimer’s dementia.

They will be asked to take part in physical and cognitive tests so researchers can study changes in people who do and do not develop the condition.

It is hoped this will allow researchers to better target treatments at the early stages of Alzheimer’s dementia, or even before symptoms start, to slow down or even stop the disease.

The number of people with dementia worldwide is expected to reach over 100 million by 2050, double today’s figure, yet despite intensive efforts there is still no cure and few treatments.

The European Prevention of Alzheimer’s Dementia (EPAD) Project is a partnership of 38 public and private organisations and funded by the Innovative Medicines Initiative. It is the world’s biggest public-private partnership (PPP) in life sciences and aims to register 3,000 at-risk people across the continent.

The trial is supported by the National Institute for Health Research (NIHR) and is being carried out in Buckinghamshire and Oxfordshire by the University of Oxford, the first site to open in England and Wales and second in the UK.

An estimated 1,500 of those in the project will be asked if they wish to take part in interventional trials designed to prevent Alzheimer’s dementia occurring. This could include drugs as well as lifestyle changes such as changes to diet and exercise.

People in Buckinghamshire and Oxfordshire will be asked if they wish to take part in the trial – which aims to recruit 150 people – during visits to memory clinics run by Oxford Health NHS Foundation Trust.

Each subsequent study visit will last about five hours and will include an initial visit and further visits at six months and one, two, three and four years, with the likelihood that the study will run long term.

Researchers are examining the role of physical and lifestyle factors in Alzheimer’s risk such as genetics and head injury as well as excess of the protein amyloid in the brain, which is associated with the disease.

As well as the large number of people who will receive assessments and go on to take part in trials, researchers believe that using a more flexible trial method will provide more insights than traditional designs.

Commonly, trials involve giving half the participants the drug being investigated and the other half a dummy placebo drug, so the two can be compared. Yet these can be expensive and last many years and result in failure. EPAD is using an ‘adaptive’ clinical trial design, where several drugs can be simultaneously compared to each other and the trial modified where appropriate in response to emerging results.

The first recruit in the two counties is Mary-Jane Hicks, 57, a personal assistant from Abingdon, Oxfordshire.

Her father, Phillip Hicks, was diagnosed with dementia in 2012 aged 87 and died from the condition in September 2017 aged 92. She lived with and cared for him during most of this time at his home in Abingdon.

The mother-of-two said: “My father was a very modest man, very shy but a real gentleman. My mum [June Hicks] died 27 years ago and he never looked at another woman from the day she died and just stoically carried on the best he could throughout his retirement and never asked anybody for anything.

“Over the five years he had dementia, I saw him go from someone who just had a bit of forgetfulness, to someone who was aggressive, incontinent, falling all over the place, and being nasty. It was just a horror story unfolding.

“He went into a care home for six weeks and then passed away last September. It was a relief for everyone involved to see that he was eventually at peace with himself. What he went through, you wouldn’t wish it on your worst enemy.”

Ms Hicks found out about EPAD through Join Dementia Research, a website where the public – with and without dementia – can register to be told of dementia studies they can take part in.

She said: “I’m worried that I might get dementia one day and I saw first-hand how awful it is, so I thought ‘if there’s anything to do to keep it at bay, like if the researchers identify something that might progress into it, then I’d be keen to be part of clinical trials’.”

Ms Hicks said: “I would encourage people to take part in research. If we expect science to mend us, then for that to happen, we have to participate. That’s always been my view.

“I hope we can identify how to halt dementia before it kicks in. If people are going to live to be old, I hope they keep the quality of life that goes with that.

“I do all I can to live a healthy life, and if there’s something I can do to stop me getting dementia, I want to keep it at bay for as long as possible.

“You need participants in order to do research, so that’s why I think taking part is really worthwhile.”

Dr Vanessa Raymont, the lead investigator for Buckinghamshire and Oxford, an Oxford Health staff member as  a researcher at Oxford University’ Department of Psychiatry, said: “EPAD is a hugely supported, European-wide initiative that will make a massive difference to the understanding and management of Alzheimer’s disease.

“Its broad assessments and pioneering design could mean this study really changes how we defeat this global disease.”