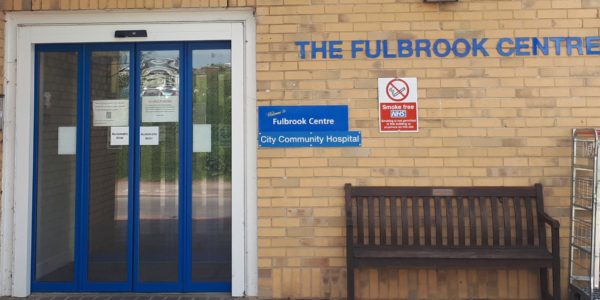 Oxford Health notified HOSC on May 8 of its decision to close the 12-bed unit on May 31 due to patient safety concerns and refused the committee’s request to keep the ward open for a further three weeks, even though it had been explained a lack of registered nursing staff made it unsafe to do so.

In response the committee chose to call an emergency meeting and proposed a vote of no confidence in Oxford Health.

After hearing testimony for more than two hours from chief operating officer Dominic Hardisty, clinical director Pete McGrane and joint service director of Oxfordshire community services Tehmeena Ajmal, who responded to a volley of questioning, the committee acknowledged the Trust’s grounds for the temporary closure.

However, it supported an amended motion of no confidence in relation how the Trust engaged with the principles around HOSC communication protocols.

HOSC now intends to write to all Oxford Health board members expressing the lack of confidence, inviting the Chairman David Walker and a non-executive director to attend the first HOSC meeting after the board’s consideration, to discuss their response in person.

In response, Oxford Health has issued the following public statement:

“Oxford Health is pleased Oxfordshire Joint HOSC acknowledged the temporary closure of the 12-bed City Community Hospital ward in Oxford was carried out on the grounds of patient safety.

“However, the Trust is still disappointed that the committee passed a vote of no confidence in the Trust in relation to the way in which it communicated with HOSC by not following a voluntary agreed framework.

“It was stated to the committee that HOSC was notified on May 8 moments after the decision to close the city unit was agreed by the Oxford Health board and that HOSC had been notified of risks around staffing levels in 2018.

“Oxford Health’s duty of care has and always will be to protect the safety of our patients.

“We would have been failing in our responsibility to them, their families and our own staff to allow the unit to remain open when two thirds of registered nursing posts are now vacant, despite sustained efforts to recruit.

“The committee was also assured that patients who were being cared for in City Community Hospital have either been medically discharged or moved to beds in Abingdon or Witney community hospital wards.

“The committee heard it is the Trust’s intention to work closely with our system partners – Oxfordshire Clinical Commissioning Group, Oxfordshire County Council and Oxford University Hospitals Foundation Trust – over the coming weeks to find a solution to the staffing issues and enable the ward to reopen in September.

“We’d like to thank the committee for listening to the strenuous efforts the Trust has taken to alleviate staffing pressures and that we are committed to reviewing City Community Hospital in September with a view to reopening it if it can be sufficiently staffed with registered nurses making it safe to do so.”