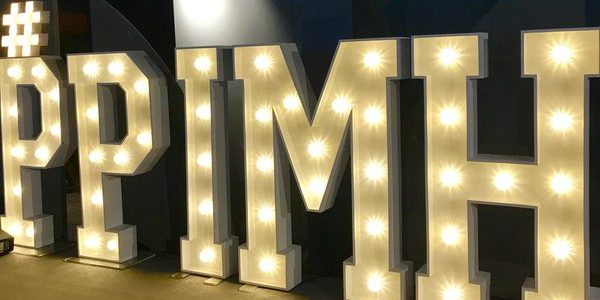 Oxford Health teams and individuals have made the shortlist in three of nine categories in the National Children and Young People's Mental Health Awards 2019.

Oxford Health teams and individuals have made the shortlist in three of nine categories in the National Children and Young People’s Mental Health Awards 2019.

Oxfordshire CAMHS participation lead Louis Headley has been shortlisted as a ‘shining star’, while the OSCA team (Outreach Service for Children & Adolescents) based at Raglan House, Oxford, is a contender for the liaison and intensive support award. Oxford CAMHS has been shortlisted in the partnership and co-production category.

The awards, part of #PPIMH (Positive Practice in Mental Health), celebrate the nation’s most positive people and services working in children and young people’s mental health and winners will be announced at an awards evening at the Moat House Hotel, Stoke on May 11. 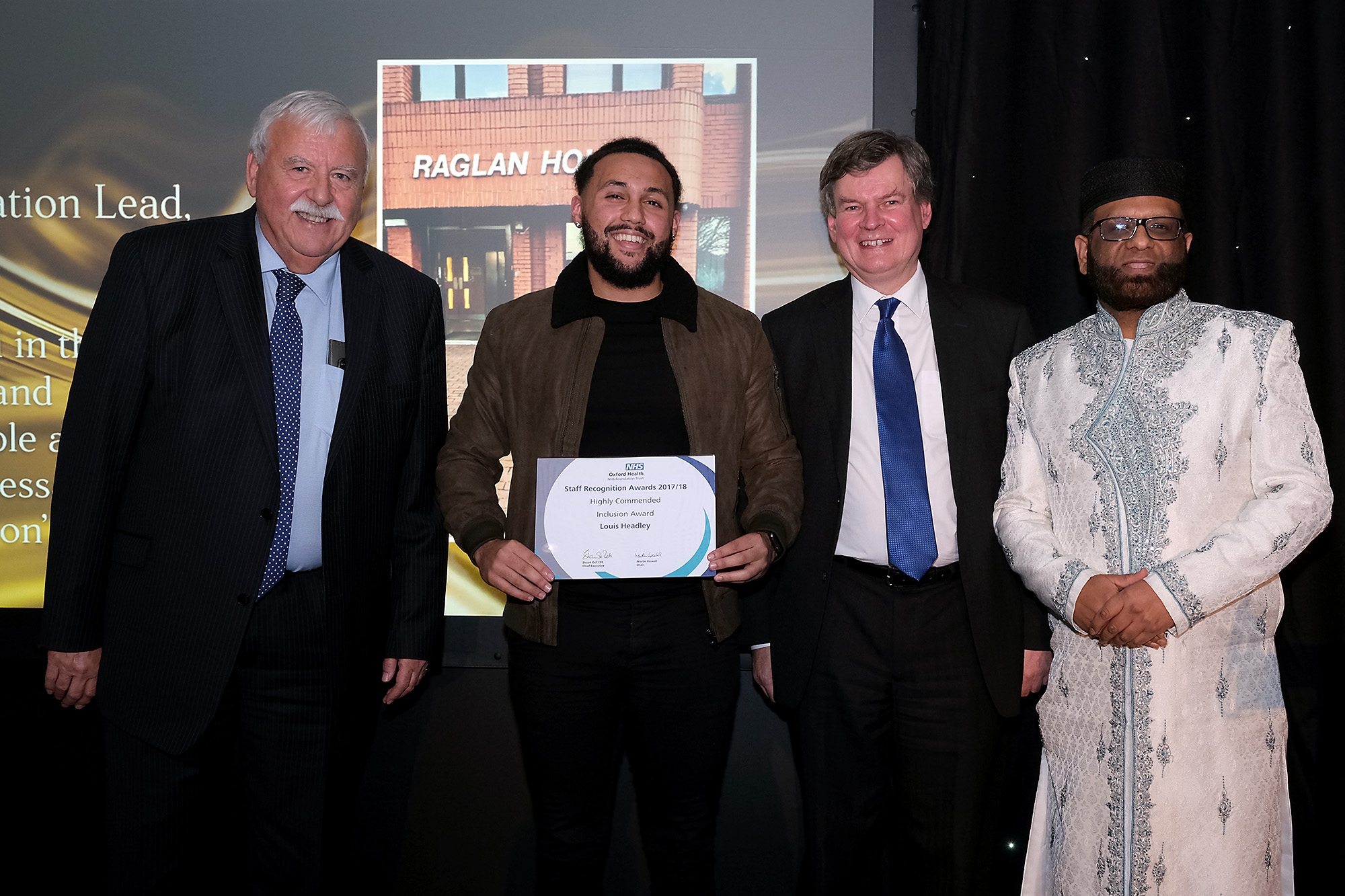 Louis, who was highly commended in the Inclusion Award at the 2018 Oxford Health Staff Recognition Awards, pictured, said: “’I feel privileged to be shortlisted and hugely appreciate the recognition from my service, CAMHS and the continuous support of colleagues. It’s a joy to be a part of such a service.”

His ‘shining star’  award category nomination recognises an individual member of staff who has “gone above and beyond to provide care for the young people they are looking after, supported by feedback from young people”. 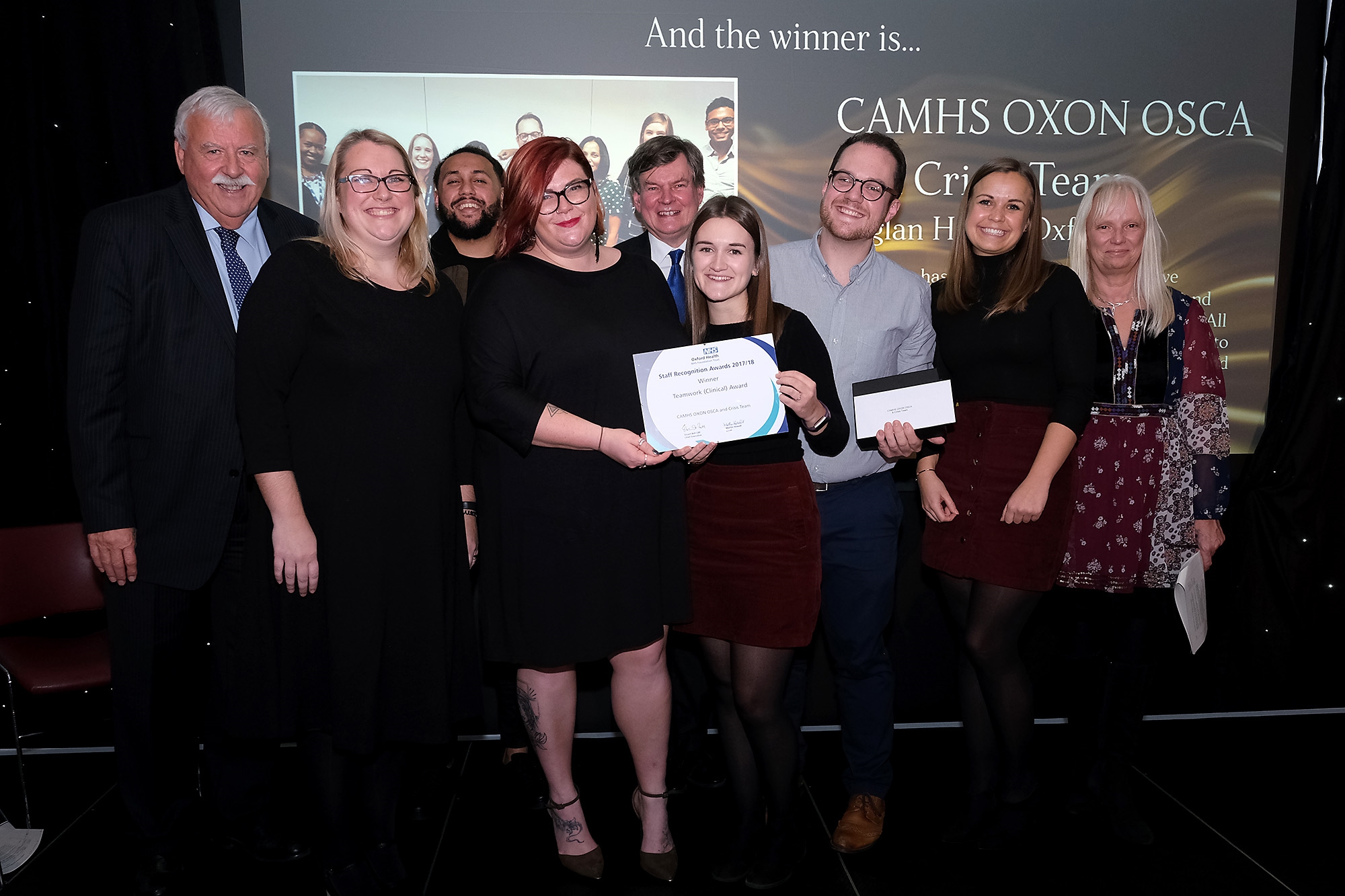 The OSCA team, which won the clinical Teamwork category in the Trust Awards,  pictured, is one of four groups battling out for the top prize in the  Liaison & Intensive Support Services class.

That award recognises services “supporting young people through a crisis. For a team/service that provides exceptional support and intervention to children/young people and their families through a period of crisis.  Innovation is particularly sought, together with extended hours, and easy access.”

Your chance to shine

All our teams will be automatically entered in  the National Positive Practice in MH Awards 2019 (#MHAwards19) which will take place on October 10 at Duxford Air Museum in Cambridge.  These are being supported by Cambridge & Peterborough Foundation NHS Trust and Hertfordshire Partnership University Foundation NHS Trust.

The closing date is June 1.