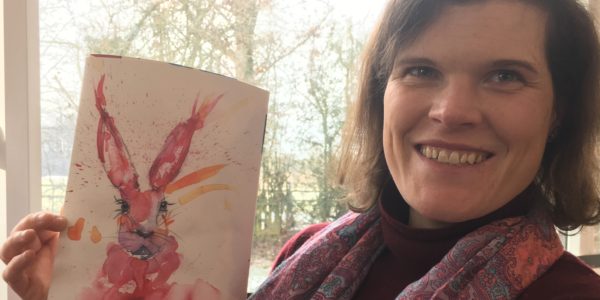 Following their recovery from anorexia, two women tell of the unique Oxford model of care and how the service saved their lives

Two recovered eating disorder patients have been speaking out about our award-winning Cotswold House unit and championing the unique Oxford model of care.

Lorna Collins, who battled with anorexia and other complex conditions for more than 18 years, has become one of the trust’s new involvement champions helping to improve services for other eating disorder patients. She will be co-presenting sessions to them in a new 20-week group programme.

Last week she spoke during the Mental Health Question Time discussion in London organised by UCL Psychiatry, The Lancet Psychiatry and The Mental Elf.

Lorna told the panel about the ‘extraordinary’ team at Oxford Health lead by Dr Agnus Ayton and Dr David Viljoen; her on-going successful recovery and how she is now working directly with the team that finally helped her get better.

Consultant clinical psychologist Dr Viljoen said: “We want patient and carer involvement to be at the centre of everything that we do and it is therefore great that Lorna is so involved. Many staff have helped Lorna on her recovery journey. It’s been a team effort – so it’s wonderful to have her as an ambassador now for our service. “

Lorna, an artist and former university lecturer, revealed her new-found zest for life and ambitions for the future during National Eating Disorder Awareness Week in February.

Oxford Health’s story on her was picked up by local, regional and national media outlets.

She wanted everyone to know: “I don’t want to just survive. I want to thrive.“

Five months on she’s stronger than ever and telling the world of her remarkable comeback, her treatment and using her personal testimony to inspire others who are fighting the illness that affects 1.6 million people in the UK and is one of the most challenging conditions to treat and recover from.

Another patient Izzie Creed was a guest on Radio Oxford on July 11 during which presenter Kat Orman, who has also recovered form anorexia, spoke to her about her illness.

Izzie explained how she developed an eating disorder (ED) at the age of 14, how at her lowest point she weighed just four stone and that her illness is a mental health condition with the highest death rate.

Izzie told listeners how Cotswold House – which celebrated its 25th anniversary this year – and her family worked on her recovery allowing her to stay at university and finish her degree.  She also revealed to Kat how she believes Oxford Health senior modern matron Sharon Ryan saved her life.

The student is now calling on more investment from the Government into adult ED services to support services like Cotswold House.

Izzie said: “Anorexia care is a really poorly funded area of the NHS with many more patients than the service can provide care for. “

She is now busy fundraising for BEAT, a charity which supports people with ED and their families. Her next challenge will be walking 100km across the Chilterns this weekend.

“I’d love to raise as much money as possible for this amazing charity.”

You can listen to Izzie’s interview here https://bbc.in/2LmyNHV and donate to her fundraising page https://www.justgiving.com/fundraising/isabel-creed3