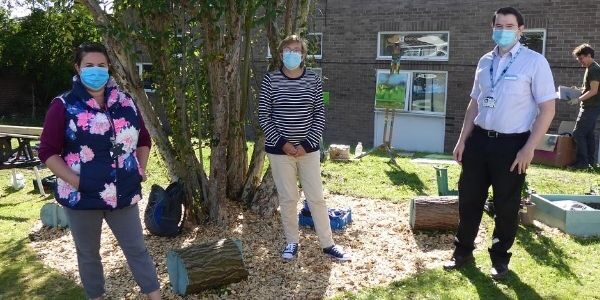 Following a busy week and challenging weather, the team of Chiltern Rangers, staff and volunteers at Abingdon Community Hospital have started planting in the new ‘Peace and Tranquillity Garden’

Another troop of volunteers arrived for gardening and painting duties on a glorious sunny day at Abingdon. Tom Cox, Oxford Health’s Artscape Manager, said that the heavy rain at the end of the previous week had stalled the plans to start digging the wildflower meadow but was happy to see that the sunshine and volunteers had returned so this could now take place. 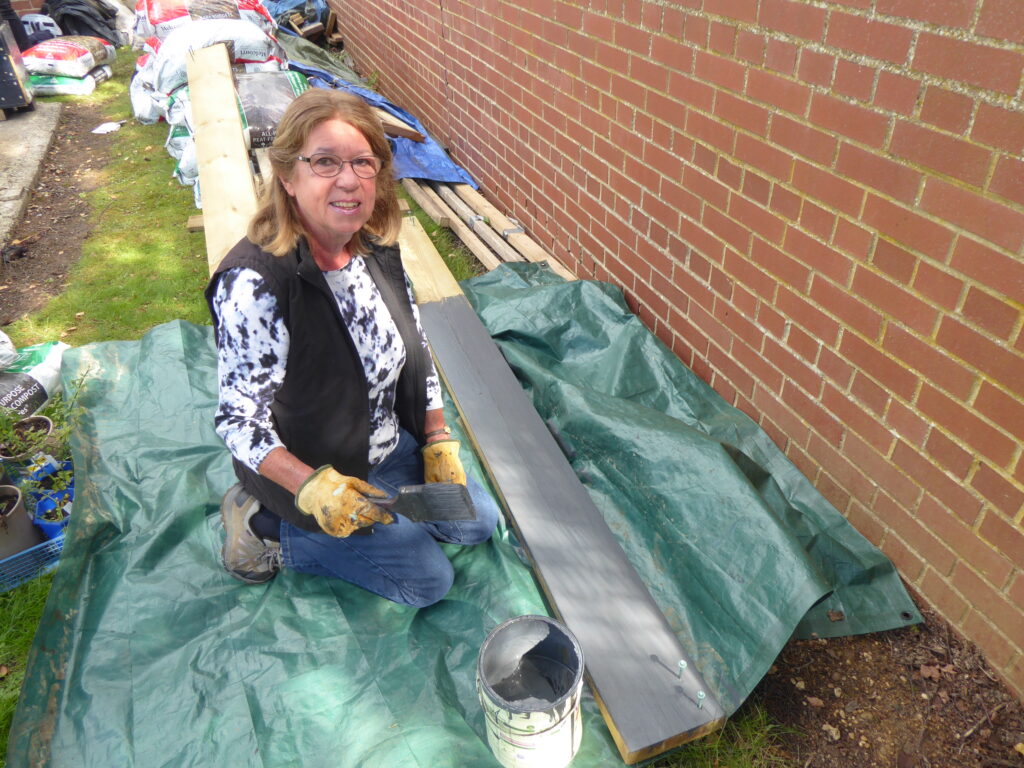 Among the helpers to arrive was Sue Cutler, a local member of the community and a volunteer on the Oxfordshire Stroke Rehabilitation Unit at Abingdon Community Hospital.  Since Covid, she has not been able carry on her ward duties pushing a tea trolley around to patients but was happy to get involved with the garden.

“It’s allowed me to stay connected with the hospital,” said Sue.

Mandy Mckendry, modern matron for urgent care across Oxfordshire, a passionate supporter of staff health and wellbeing came up with the initial idea for the garden. “I’m so delighted with how much it has come on in the past week. It will be so nice to have somewhere to sit in peace when we need it,” said Mandy. (Mandy is in the centre of the top picture with Julie Pink and Dr Ben Riley.)

“It’s been amazing to be part of this project and see it come to life. Michelle and I are looking forward to seeing our chairs being put to good use!” She said. 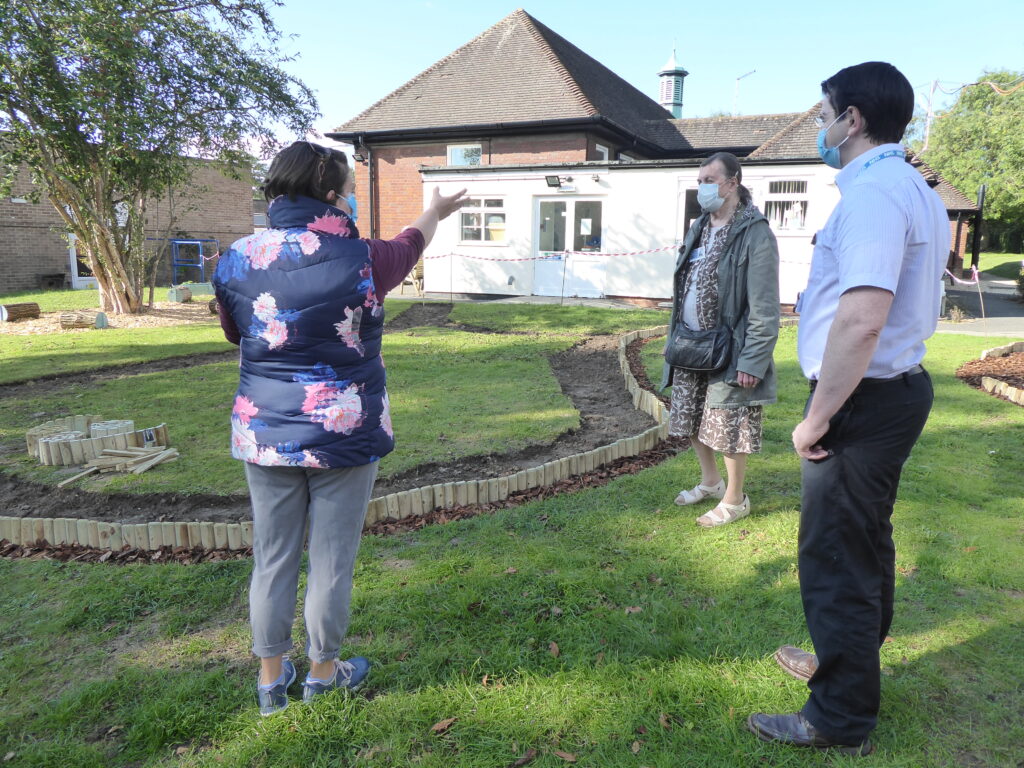 Ann, 88, was formerly an outpatient’s receptionist at the hospital, where she worked for 40 years until she retired 23 years ago. Ann was taken on a tour of the garden and the surrounding outside space which she fondly remembered: “We used to have a gardener and there was a veggie patch with huge rhubarb plants.”

Dr Ben Riley, managing director of Community Services, was also taken on a tour. “It’s great to do something for staff, particularly at this time. This will give them a safe place to rest and recuperate.” He said.

“It’s wonderful that staff came up with this idea and that the community has been getting involved.” He added.

For any teams inspired by the project at Abingdon (or other Green Spaces projects supported by Oxford Health Charity in Aylesbury, Didcot, Oxford, Swindon and Wycombe), contact charity@oxfordhealth.nhs.uk with your ideas.