Oxfordshire Mental Health Partnership “should be congratulated for stepping out on an unknown and long road, for which no one had a map,” according to an independent evaluation by the Centre for Mental Health. 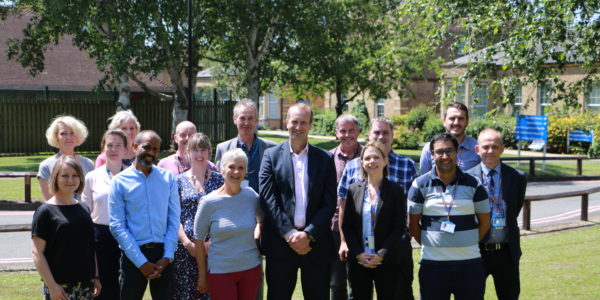 A ground-breaking mental health partnership has been praised by a national centre for excellence for its brave and pioneering approach to healthcare.

Oxfordshire Mental Health Partnership (OMHP) “should be congratulated for stepping out on an unknown and long road, for which no one had a map”.

The review praised the partnership for leading the way nationally – with Oxfordshire people benefiting from mental healthcare ahead of care people receive elsewhere in the country. It also recognised the financial restraints upon both NHS and charity healthcare locally which hamper large-scale change.

It follows debate about funding for the partnership which resulted in Oxfordshire County Council withdrawing plans to drop £1m from its contribution to the OMHP budget and, a year later, dropping its proposal for a £600,000 cut to Section 75 funding for social care staff. Commitment has been given to a joint transformation programme to ensure best practice and best value.

Last year an independent financial review found that investment in mental health services in Oxfordshire is considerably lower than comparator areas. Oxfordshire has recently formed an integrated partnership board with Oxfordshire County Council, Oxfordshire Clinical Commissioning Group and NHS providers to continue to develop improvements in mental healthcare in the county set out in the NHS Long Term Plan.

It comes as OMHP is shortlisted for an Oscar of the healthcare world – up for Best Not-For-Profit Working in Partnership with the NHS at the Health Service Journal Partnership Awards 2020.

The independent evaluation by the Mental Health Centre into the effectiveness of OMHP looked at the way the service was run, finances and governance and asked the opinion of the public plus local people who use Oxfordshire Mental Health Partnership services which includes NHS adult mental health services.

It concluded: “Among the benefits of the Partnership were improved joint working between organisations, greater financial security for third sector partners, and improved physical health monitoring for people using mental health services. The Partnership has also faced significant challenges, predominantly as a result of external pressures, including overall financial constraints in the local health economy, difficulties in being able to bring about large-scale change in service provision and a recent rise in out of area hospital admissions.

“The review concludes that Oxfordshire has pioneered the model of outcomes-based commissioning in mental health and commissioners and providers should be congratulated for stepping out on an unknown and long road, for which no one had a map. There is a strong consensus among all stakeholders that the Partnership should continue. In doing so, it has the opportunity to learn and adapt.”

Lesley Dewhurst, chair of Oxfordshire Mental Health Partnership, said: “We really welcome the evaluation because we’re so open to learning and developing the work we do to help the people of Oxfordshire even more. However, this can only be done if the historical underfunding of this contract is addressed. It is great to see politicians taking an increasing interest in mental health as more and more people are seeking help for these issues. We want to be in a position to help them even more.”

Rob Bale, clinical director of Oxfordshire’s mental health services, said: “Since Oxfordshire Mental Health Partnership launched in 2015 all partners have worked very hard to create new ways of working which help people in all aspects of their life because we know, quite simply, that is what helps people the most. We are committed to the recommendations in the report and to working with partners to seek solutions to the pressures outlined. Nevertheless, I am delighted to see the partnership, and all the people who make it what it is, independently credited for their brave visionary work to improve mental healthcare for people living in Oxfordshire.”