Repeated self-harm could be predicted by computer tests

A psychiatrist at Oxford Health has led a study which might be able to predict who will go on to self-harm more than once. 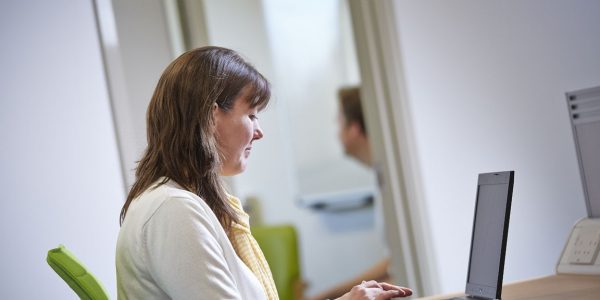 A psychiatrist at Oxford Health has led a study which might be able to predict who will go on to self-harm again and again.

The research, led by Dr Matthew Broome, a psychiatrist at Oxford Health and a researcher at Oxford University’s Department of Psychiatry, analysed the results from 15 previous studies of the relationship between different psychological factors and the risk of self-harm.

The results, published in the journal Neuroscience and Biobehavioral Reviews, suggest that tests tapping into how people make decisions can identify those more likely to harm themselves more than once.

Self-harm is when a person intentionally injures themselves. At least 10% of young people report having harmed themselves at least once.

But the more often someone harms themselves, the more likely it is that they will eventually try and take their own life.

“This is why it is particularly important to predict who is more likely to harm themselves more than once”, says Dr Broome.

If we are able to identify people more likely to harm themselves repeatedly, we can reduce the risk of suicide and target interventions, as well as reduce the great personal and healthcare costs of repeated self-harm.
Dr Matthew Broome

“While some factors such as being younger or being unemployed are linked to a greater risk for repeated self-harm, we don’t yet have any good methods, at an individual level, to predict who will go on to self-harm more than once.”

Dr Broome’s research group, which included clinicians and scientists from The University of Warwick, McGill University in Canada, Ghent University in Belgium and the Coventry and Warwickshire Partnership NHS Trust, assessed the data from nearly 170 studies on self-harm to find out if there was an association between repeated bouts of self-harm and different brain processes.

After excluding studies which did not look at repeated self-harm, or where the results were unclear, the analysis focussed on 15 studies.

This analysis found that there was a clear association between repeated episodes of self-harm in adolescents and two standardized computer tests that simulate real-life decision-making, used in two separate studies by researchers in Texas, USA and Kings College London, UK.

In these tests, participants have to weigh up the amount of a reward, versus the effort and delay in getting it.

“Our analysis found that there was a clear association between problems in value-based making decision-making and repetition of self-harm in young people, and such tasks showed more promise for individual prediction than others,“ Dr Broome says.

“The computer tests to assess this kind of decision-making are easy to do, and we’re now planning further studies to look at suicide risk in young people.”

“We hope that ultimately healthcare clinicians can begin to use better personalised tools in their assessments to identify those most likely to be vulnerable, when they come into contact with health services for the first time.”

Dr Angharad de Cates, from the University of Warwick and the Coventry and Warwickshire Partnership NHS Trust, and first author on the study, said:
“We know that self-harm is under-researched for a variety of reasons, including stigma as well as concern about potentially vulnerable individuals. “

“But there is also an idea that self-harm cannot have a biological cause.”

“Hopefully, our research is one brick in the wall of the biology behind self-harm as a pathological process, and will encourage other researchers to undertake research into the biology of self-harm.”

Order your repeat prescriptions before Xmas