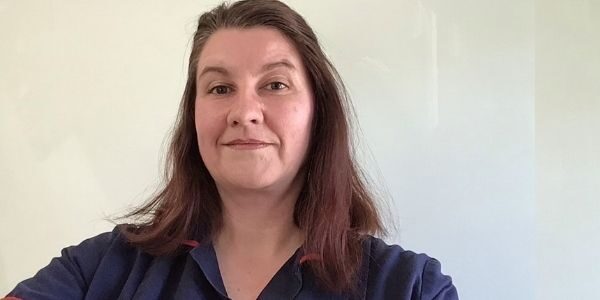 The last week of April is the World Immunisation Week, an annual campaign by the World Health Organization WHO. And while the whole world is focusing on Covid vaccines, Oxford Health NHS Foundation Trust wants to draw attention to school aged immunisations, too.

One in the team is specialist immunisation nurse Rachael Conlan. Based at the Orchard Health Centre in Banbury, Rachael has worked in the school nursing and immunisations team since 2008. She can safely claim to have a wealth of experience of the challenges, stresses and behaviours children and young people can present when coming for a jab.

“We vaccinate children from as young as three years old to 19-year-olds, so we have a variety of skills to communicate with all those age groups,” she says.

“The key is being confident and reassuring in our approach, using language that’s not intimidating and full of medical terms; making sure we give straightforward answers in a language children and young people understand.

“Some children may find it harder to understand and need more comfort and support, or distraction with toys. Sometimes a hug from a parent may be needed if our skills have been exhausted.

“But in the end, majority of children will have their vaccine, as generally, once they have received information and support, they feel able to go ahead, Afterwards they feel quite proud – and relieved that it wasn’t as bad as they were expecting and building it up to!” Rachael says.

The school nurses and immunisation team also work hard to reach all parents and help them overcome any barriers some may have, such as not being confident with digital tools or language: the consent system is electronic. In one school in Rachael’s area in North Oxfordshire, there are 17 languages spoken.

“Prior to the Covid pandemic we could do things like playground walkabouts with an iPad. We would translate a consent form and fill it in there and then. With lockdowns and school closures that hasn’t been possible. But schools work with us to reach those parents who might be less likely to reply to us,” Rachael tells.

Never too late to catch up

For all children and young people school is the best place to have their vaccines: all their friends are having jabs at the same time and everyone is in the same boat. But Oxford Health immunisation team and school nurses are very clear that even if your child has missed a session, it’s never too late to catch up.

“We want to give everyone a maximum opportunity to have the vaccine they may have missed. My message is very simple: The immunisation team is available, you can ask for our telephone number from your school nurse, our team will support you in whatever way we can to enable you to access the vaccinations your child needs,” says Rachael.

This term time Oxford Health is focusing on the secondary school immunisation programme: human papilloma virus (HPV), tetanus/polio/diphtheria booster and meningitis ACWY. Parents can also catch up with their children’s MMR vaccine if they have not received two doses of the combined MMR vaccine.

“Our aim to complete all children’s and young people’s vaccinations is not about targets – it is about protecting children’s health and supressing disease. Routine immunisation is the foundation for strong, resilient health systems and universal health coverage.”