It is with great sadness that we inform you of the death of serving Oxford Health NHS Foundation Trust governor Mr Geoffrey Forster. 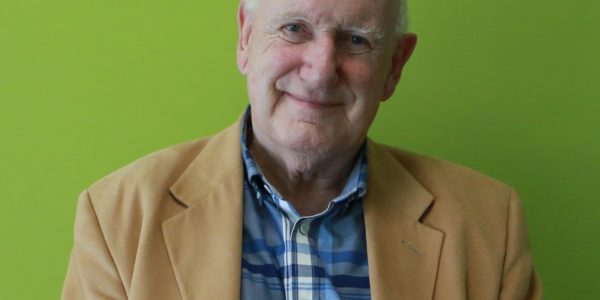 Mr Forster was an active and much respected governor at Oxford Health for the past three years. He joined the Council of Governors, in his own words, to “help if anything in my background could add value”.

His fellow governors have paid tribute, describing him as “a real gentleman” and “a very constructive influence” on the trust.

During his tenure Mr Forster was a highly active governor involved in the Governor Finance Sub Group, the Governor Forum, the Mortality Review Group, Remuneration Committee and governance groups. He was also a judge at the last two Staff Recognition Awards and all of his contributions to the trust will be greatly missed.

Mr Forster was the former Head of Corporate Banking at Lloyds bank in Oxfordshire and, after retirement, headed a team quoting for a contract in Qatar to design, build and run a science park for the government.

On his return to the UK he chaired a PLC and was the non-executive director of two other companies.

Mr Forster helped raise £17m for the new children’s hospital in Oxford, then resigned all his roles and spent three years on his boat exploring the coast around France. He joined the Council of Governors at Oxford Health on his return.

Kerry Rogers, Director of Corporate Affairs & Company Secretary at Oxford Health, said: “Geoffrey really was a great advocate and valued critical friend for Oxford Health, enhancing opportunities for ever strengthening relations between, and the effectiveness of, the Council of Governors and the Board of Directors. I bid a sad and fond farewell to Geoffrey and pay tribute to the passion he demonstrated in helping the Council of Governors find meaningful ways to make a difference.”

May 17: COVID-19 info: Vaccine roll out to 38-39+ age group, our vaccination sites plus easing of restrictions May 17

Green spaces do wonders for your mental health

Get the kettle on, brew up and join a national outpouring of love for your local NHS heroes