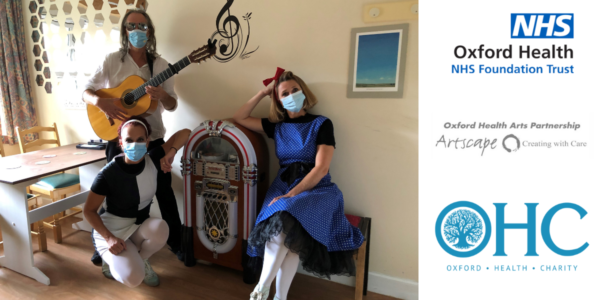 Patients and staff have been getting into the groove to the sounds of the golden age of pop thanks to a special Oxford Health initiative.

During September 2021, our award winning Creating with Care programme organised nine garden parties across our community hospital and adult mental health wards with entertainment from the Wriggle Dance Theatre.

‘The Dancing Jukebox Gems’ is aimed at older adults and their families and features dance, song and live music inspired by popular songs from the 50’s, 60’s and 70’s.

The songs are cleverly woven together to produce quirky interpretations that are sung and played live on acoustic guitar. Through contemporary dance, physical theatre and comedy, they invent stories and themes, inspired by the lyrics, tempo, era and feel of the songs.

The aim was to give patients and staff a chance to enjoy music in the garden as part of this year’s Oxford Health HealthFest event and was supported by the Oxford Health Charity.

Julie Pink, Head of Charity & Involvement said: “These events have had such a positive impact across the month. Bringing song, dance and joy into the Community Hospitals is a key part of Creating with Care and Oxford Health Charity are proud to support projects like this.”

I was lucky enough to see the Jukebox Gems in action at Abingdon Community Hospital and saw first-hand what a difference it made to patients, their carers and staff – there were smiles and tapping feet everywhere.”

These community events reached 189 audience members, 91 patients, 69 staff, 9 wards in Oxfordshire and 6 of our community hospitals.

One member of staff said: “It was a good way to spend the morning. The guitar playing was really good, very impressive. That was my era, the music I remember growing up, it was nice to hear it. I had a group of patients who sat reminiscing about music for an hour after the show and there were several patients on the ward who have limited engagement with activities usually but attended, joined in and clearly enjoyed it.”

Another staff member said: “The performance was great, very engaging and appropriate for our client group. The patients were able to join in and interact, they understood the concept and connected with the music and it was the right amount of time for them to be able to enjoy it without becoming distracted. The group interacted with the patients after the show, talked about the music and took suggestions for songs to include which was really appreciated.” 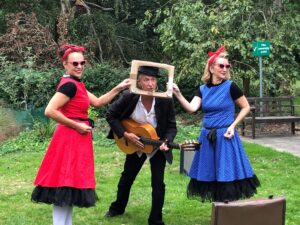 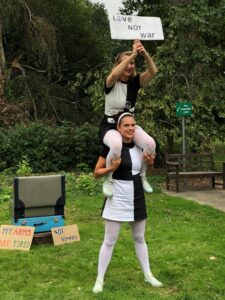 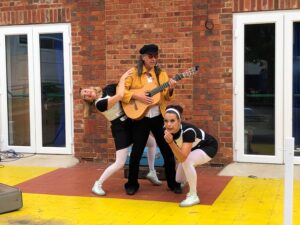 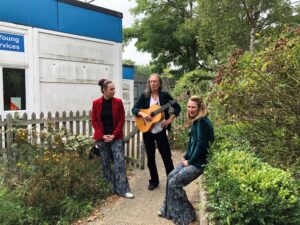 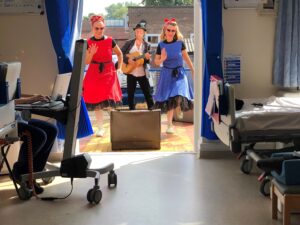 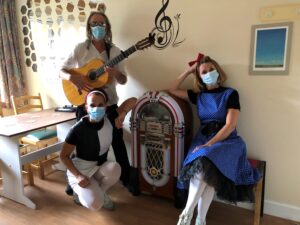