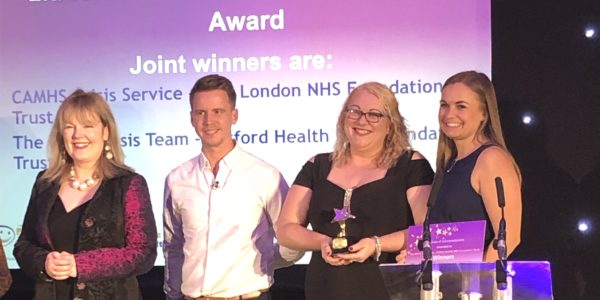 Our Outreach Service for Children and Adolescents were joint winners in the liaison and intensive support category.

An award-winning team that provides individualised home and community mental health treatment to support children, young people and their families in Oxfordshire has been recognised as one of the best in the country.

Oxford Health’s Outreach Service for Children and Adolescents, better known as OSCA, were joint winners in the liaison and intensive support category in the 2019 National Children and Young People’s Mental Health Awards on Saturday night. They shared the honour with East London NHS Foundation Trust.

The team was praised by judges for its exceptional and innovative way in which it provides support and intervention to children, young people and their families through a period of crisis.

Organised by The Positive Practice MH Collaborative, a user-led multi-agency collaborative of 75 organisations, the awards celebrate the nation’s most positive people and services working in children and young people’s mental health.

Winners were announced in nine categories during a glitzy awards night in Stoke which also saw other Oxford Health professionals recognised for their outstanding work. 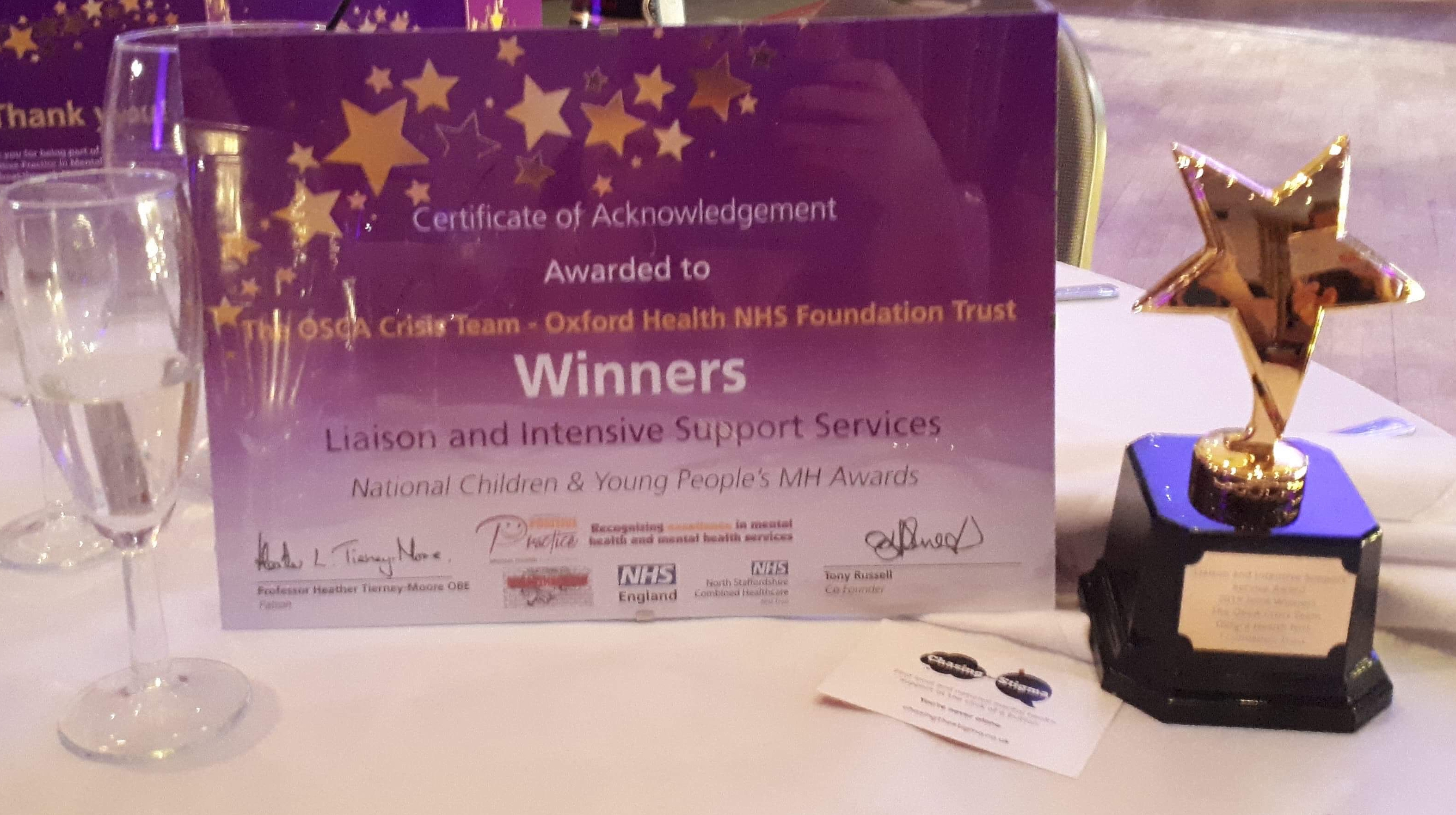 “I am so very proud of our teams and delighted their work has been recognised in these prestigious national awards.

“We were up against some incredible opposition and to have been joint winners and received two highly commended awards is a testament to our fantastic staff who, despite ever increasing demands, dedicate themselves to providing a caring, safe and excellent service. They’re simply the best.”

OSCA’s accolade recognises how the 18-strong team based at Raglan House in Oxford, work 24 hours a day, 365 days a year to support 11 to 18 year olds in the county during and after mental health emergency assessments.

The team, which also supports carers and families, sees young people who may need a more flexible approach to care and provides talking treatments that have been special adapted to help young people who experience emotions very intensely.

It’s the second big award for the OSCA team in just six months. In November it won the clinical Teamwork category in the Oxford Health Annual Staff Recognition Awards.

All Oxford Health teams now go through to the National Positive Practice in MH Awards 2019 (#MHAwards19) which will take place on October 10 at Duxford Air Museum in Cambridge.

The closing date for entries is June 1.