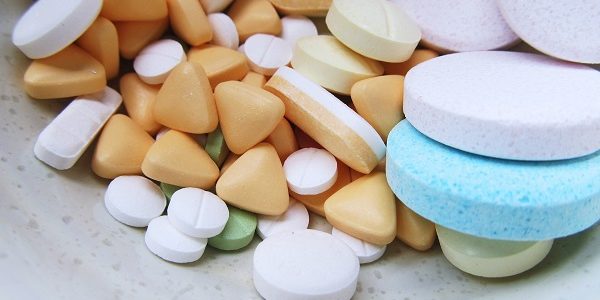 Meta-analysis of 522 trials includes the largest amount of unpublished data to date, and finds that antidepressants are more effective than placebo for short-term treatment of acute depression in adults.

A major study comparing 21 commonly used antidepressants concludes that all are more effective than placebo for the short-term treatment of acute depression in adults, with effectiveness ranging from small to moderate for different drugs.

The international study, published in The Lancet, and led by researchers at Oxford Health, is a network meta-analysis of 522 double-blind, randomised controlled trials comprising a total of 116,477 participants. The study includes the largest amount of unpublished data to date, and all the data from the study have been made freely available online.

“Our study brings together the best available evidence to inform and guide doctors and patients in their treatment decisions”, said lead author Dr Andrea Cipriani, a consultant psychiatrist at Oxford Health, as well as a researcher at the University of Oxford and the NIHR Oxford Health Biomedical Research Centre.

Our findings are relevant for adults experiencing a first or second episode of depression – the typical population seen in general practice.

Antidepressants can be an effective tool to treat major depression, but this does not necessarily mean that antidepressants should always be the first line of treatment.

Medication should always be considered alongside other options, such as psychological therapies, where these are available. Patients should be aware of the potential benefits from antidepressants and always speak to the doctors about the most suitable treatment for them individually.”

An estimated 350 million have depression worldwide. The economic burden in the USA alone has been estimated to be more than US$210 billion. Pharmacological and non-pharmacological treatments are available but because of inadequate resources, antidepressants are used more frequently than psychological interventions. However, there is considerable debate about their effectiveness.

How the study was done

As part of the study, the authors identified all double-blind, randomised controlled trials (RCTs) comparing antidepressants with placebo, or with another antidepressants (head-to-head trials) for the acute treatment (over 8 weeks) of major depression in adults aged 18 years or more. The authors then contacted pharmaceutical companies, original study authors, and regulatory agencies to supplement incomplete reports of the original papers, or provide data for unpublished studies.

The primary outcomes were efficacy (number of patients who responded to treatment, i.e. who had a reduction in depressive symptoms of 50% or more on a validated rating scale over 8 weeks) and acceptability (proportion of patients who withdrew from the study for any reason by week 8).

Overall, 522 double-blind RCTs done between 1979 and 2016 comparing 21 commonly used antidepressants or placebo were included in the meta-analysis, the largest ever in psychiatry. A total of 87052 participants had been randomly assigned to receive a drug, and 29425 to receive placebo. The majority of patients had moderate-to-severe depression.

All 21 antidepressants were more effective than placebo, and only one drug (clomipramine) less acceptable than placebo.

The authors note that the data included in the meta-analysis covers 8-weeks of treatment, so may not necessarily apply to longer term antidepressant use. The differences in efficacy and acceptability between different antidepressants were smaller when data from placebo-controlled trials were also considered.

In order to ensure that the trials included in the meta-analysis were comparable, the authors excluded studies with patients who also had bipolar depression, symptoms of psychosis or treatment resistant depression, meaning that the findings may not apply to these patients. “Antidepressants are effective drugs, but, unfortunately, we know that about one third of patients with depression will not respond. With effectiveness ranging from small to moderate for available antidepressants, it’s clear there is still a need to improve treatments further,” added Dr Cipriani.

409 (78%) of 522 trials were funded by pharmaceutical companies, and the authors retrieved unpublished information for 274 (52%) of the trials included in the meta-analysis. Overall, 46 (9%) trials were rated as high risk of bias, 380 (78%) as moderate, and 96 (18%) as low. The design of the network meta-analysis and inclusion of unpublished data is intended to reduce the impact of individual study bias as much as possible. Although this study included a significant amount of unpublished data, a certain amount could still not be retrieved.

“Antidepressants are routinely used worldwide yet there remains considerable debate about their effectiveness and tolerability. By bringing together published and unpublished data from over 500 double blind randomised controlled trials, this study represents the best currently available evidence base to guide the choice of pharmacological treatment for adults with acute depression. The large amount of data allowed more conclusive inferences and gave the opportunity also to explore potential biases,” says co-author Professor John Ioannidis, from the Departments of Medicine, Health Research and Policy, Biomedical Data Science, and Statistics, Stanford University, USA.

The authors note that they did not have access to individual-level data so were only able to analyse group differences. For instance, they could not look at the effectiveness or acceptability of antidepressants in relation to age, sex, severity of symptoms, duration of illness or other individual-level characteristics.

The findings from this study contrast with a similar analysis in children and adolescents, which concluded that fluoxetine was probably the only antidepressant that might reduce depressive symptoms. The authors note that the difference may be because depression in young people is the result of different mechanisms or causes, and note that because of the smaller number of studies in young people there is great uncertainty around the risks and benefits of using any antidepressants for the treatment of depression in children and adolescents.

Effect of the COVID-19 Pandemic on Eating Disorders