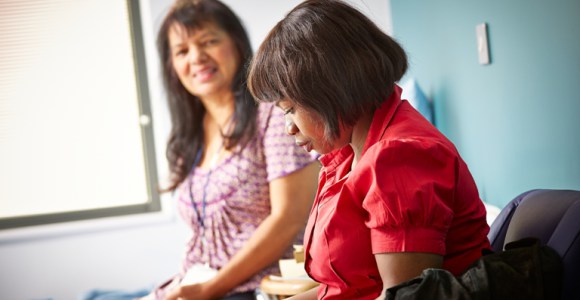 A recent study in the journal BMC Medicine highlighted that many middle-aged women may also be suffering from eating disorders, something usually associated with younger people.

“This is an important paper, which has several methodological strengths: it is population-based (rather than only including people who seek contact with health care, which is always the tip of the iceberg). It has used reliable assessment of the eating disorder, by interviewing with validated instruments, rather than relying on self-report. It was also able to identify risk factors, which were collected many years ago as part of the AVON Longitudinal Study, therefore avoiding recall bias.”

“It demonstrates that the rates of eating disorders amongst middle age women are higher than it was thought, and that significant proportions of these people are unknown to services – so there is a large unmet need,” said Dr Ayton, who is also the Vice chair of the Faculty of Eating Disorders at the Royal College of Psychiatrists.
“The numbers are surprising, as most of the research has focused on adolescents and younger adults. However, they are not entirely unpredictable, as previous population-based studies have also shown that a large proportion of patients with eating disorders don’t seek help.”

Comparison with other studies
“The peak onset of eating disorders is around the age of 14-16 and this was documented in Dr Micali’s previous work using the GP database.

However, the numbers in the two studies are not entirely comparable for two reasons:

1. the GP database only includes people who have a diagnosed eating disorder;

2.the diagnostic criteria have changed since with the introduction of DSM-5. For example, the new diagnostic criteria for anorexia nervosa reflects the World Health Organisation categories of malnutrition (for adults, BMI<18.5 as opposed to previously BMI<17.5). This is important, as the previous anorexia diagnostic criteria were too narrow, excluding patients with the relevant psychopathology on the basis that their BMI was above 17.5 (many patients misinterpreted this as ‘too fat’).

“There is an implication on service provision, identifying significant unmet need: adult eating disorder services are very poorly resourced in the country, there are long waiting lists, due to insufficient staffing, which may contribute to people not seeking help.

This is a shame, as evidence-based psychological treatment, such as Cognitive Behavioural Therapy for Eating disorders would be helpful for about two thirds of the patients.

The strengthening of eating disorder services was included in the Chief Medical Officer’s report on Women’s Health.

This can only be achieved by investment into these services, as the treatment takes 20-40 sessions over 20-40 weeks. There is research into internet-based therapies, but that would only be sufficient for people with milder problems.”

“One important shortcoming of this study is that it does not cover older women. In our experience, there are also patients with severe eating disorders amongst older adults (>65 years). The current draft NICE guidance has omitted this patient population, and is mainly focusing on younger people.

“Further research is needed to explore childhood risk factors such as sexual abuse and parenting in the future, taking into account potential genetic factors (which was not part of this study).”

Read more about the study: