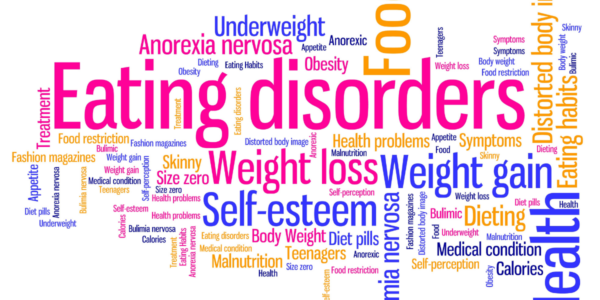 Eating Disorder Awareness Week is held every year as a way to highlight the issue, but also to give hope.

And, according to former patient Manon, the staff at Oxford Health’s Cotswold House in Marlborough gave her the hope that she needed to persevere with her recovery from Anorexia. 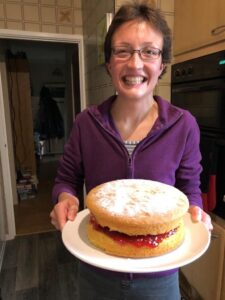 “I was very academic in school and worked very hard, but I wasn’t coping with the expectation I felt from teachers to get the highest grades and I think the eating disorder was a way for me to deal with that anxiety.

“I also had very low self-esteem and was bullied a bit in school. I also suffered from Obsessive Compulsive Disorder.

“Despite this I managed to stay in school as my education was so important to me. I had my parents’ support when I was at school. When I went to university away from home I didn’t have that. I started university twice, first to study dentistry in London and then to study pharmacy in Cardiff but without any support, my eating disorder spiralled out of control, my weight plummeted and I had to leave both universities.

The turning point came when Manon was admitted to Cotswold House and subsequently relocated to Wiltshire to live.

“If people get the support that they need recovery is possible,” Manon believes. “Lots of people are in horrible situations because they don’t get the support that they need. Eating disorders are cruel, debilitating and isolating conditions. They also have the highest mortality rates among psychiatric disorders. The earlier that eating disorder treatment is sought, the better the sufferer’s chance of recovery.

“In total I have had four admissions to Cotswold House.

“Because I had the repeated experience of going to Cotswold House, being discharged back to Wales (where there was minimal support) and then relapsing, I decided to move to Wiltshire. It was a very difficult decision because my family and friends were all in Wales but I knew that it was my only option if I wanted to recover from my eating disorder.

“I’d built relationships and had begun to trust the staff at Cotswold House and for me the continuity of that care was incredibly important. I was able to access inpatient, day patient and outpatient care which was fantastic! I’ve recently been discharged as an outpatient, would describe myself as well and am happier than I’ve been in years.

“One of the most important things about recovery is finding things that are more important to you than weight.

“The staff at Cotswold House gave me hope. Hope and allowing yourself to trust is really important.

“I would say to anyone with an eating disorder to ask for help. Be open and honest and try to trust people. It can be like the eating disorder is a voice in your head and you start not trusting anyone else. Really try to listen and trust the people who are trying to help you.

“Throughout all my teenage years, when I should have been discovering who I was, I was trapped within the prison of my eating disorder. I couldn’t see a way out and I think a lot of people had given up on me. Eating disorders ruin lives. I’ve personally lost friends who were suffering with eating disorders through suicide or severe malnutrition.

“But now I would say that I am in recovery. With something like an eating disorder it’s how you manage to cope with the thoughts and find positive things that you care about so that you can focus on those and make progress.”

Manon is now enjoying life and working in a local pharmacy thanks to the Richmond Fellowship.

She explains: “They helped me to get a job in a local pharmacy which has given me a purpose and therefore increased my self-esteem.

“I’ve also made some really good friends. I didn’t have time for friends before as I was exercising so much. In fact one of my best friends now worked as a support worker in Cotswold House.

“Getting to this stage has taken a lot of time but what helped me was that I was very open. Remember that people can’t help you if they don’t know what’s going on in your head. Relationships and trust are so important and there is hope even if you have been suffering for a very long time.”