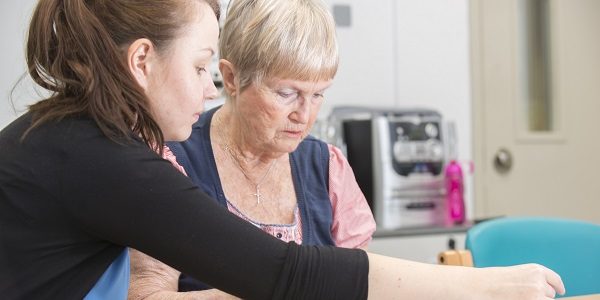 For the last 18 months, Tara Rahim, a matron at the Whiteleaf Centre at Aylesbury has been working with an award-winning Buckinghamshire partnership to raise awareness of dementia within black and ethnic minority communities in Buckinghamshire: older people from African and Caribbean communities are more likely to develop dementia, and do so earlier. But these communities tend to access services later, and usually in crisis.

Our teams have been working with NHS Aylesbury Vale and Chiltern Clinical Commissioning Group, a well as Buckinghamshire County Council, on short films to raise awareness and encourage diagnosis.

Last year, their efforts were recognized by the Alzheimer’s Society awards, where they won the ‘Dementia Partnership of the Year‘ award.

Tickets are now available for the grand finale of the project: a performance of the award-winning ‘Finding Joy’ on 19th November 2018. The play approaches the subject of dementia with humour and humanity, and has performed to audiences across Europe and the UK. Early bird tickets are £5 and all proceeds go to local dementia charities: book your tickets.

Tara says, “This has been a really rewarding project, and we hope to keep the momentum going and make sure that everybody with memory concerns and dementia gets the right treatment, regardless of their origins and ethnicity.”

If you’re worried about your memory or are seeking support for dementia, please see our memory services and dementia page.

Boost your immunity this winter and get vaccinated against flu