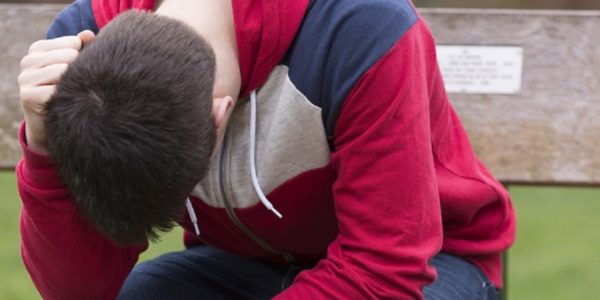 The article by Karen Lascelles (suicide prevention lead for Oxford Health), Fiona Brand (a psychiatric liaison and research nurse at Oxford University’s Centre for Suicide Research), and Annya Alfoadari (a psychiatric liaison nurse with Oxford Health) discusses the reasons that young people can become trapped in self-harming cycles, and how parents, carers and others can spot if someone is self-harming.

It comes as Pegasus Theatre and Oxfordshire County Council Public Health Directorate partner up for a third year to commission a play that is touring secondary schools in the county, starting in Oxfordshire. The play, called ‘Under My Skin’, explores the issue of self-harm in young people.

Karen said: “Self-harm is a major public health problem: community surveys find that as many as 20% of young people will self-harm by the age of 18”.

The ‘Helping young people who self-harm’ article also discusses how self-harm is a growing problem which health professionals, especially practice nurses, health visitors and school nurses, need to plan for.

Sandra Clayton-Kent, one of our school nurses, has also been speaking out about the problem with young people, as ‘Under My Skin’ tours Oxfordshire schools.

Sandra said: “As the School Health Nurse for Heyford Park Free School, I had the opportunity to be part of the BBC’s filming of ‘Under My Skin’ as it was performed by Pegasus Theatre Company, to raise awareness of self-harm, and how teenagers can access support.

“The performance of the play was excellent, with some of the students in Year 8 taking the opportunity to discuss the play and topics around self-harm afterwards.”

If you are worried about self-harm, please do get in touch with our teams: we offer a variety of help and support, including a free-to-download app developed together with young people, support for carers and parents, and a dedicated team which deals with self-harm.

August 4: COVID-19 info: Get a first or second vaccination, walk in clinics, getting tested and staying safe

Catch up with our Artists in Residence

Our creating with Care Lead nominated for a dance award