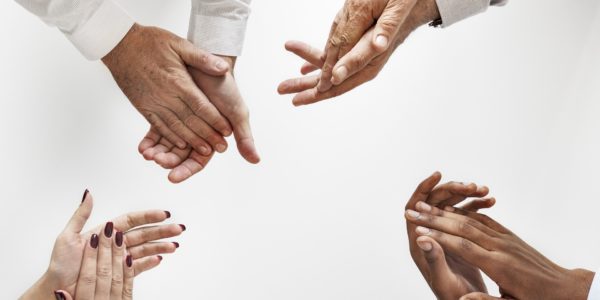 Oxford Health NHS Foundation Trust has welcomed the decision by councillors of Oxfordshire County Council to drop proposals for a £1 million reduction in the council’s contribution to the outcomes ... Read more

Oxford Health NHS Foundation Trust has welcomed the decision by councillors of Oxfordshire County Council to drop proposals for a £1 million reduction in the council’s contribution to the outcomes based contract for mental health in Oxfordshire following an open letter from Oxfordshire Mental Health Partnership.

Oxfordshire County Council had proposed cutting its contribution to Oxfordshire’s mental health budget by £1.6m by 2022.

The council has announced it has dropped plans for a £1m reduction in the council’s contribution to the outcomes based contract for mental health. We welcome this news and thank all those who helped this come about.

The council has said it will delay a proposal for a £600,000 saving against mental health social worker funding by a year.

Chief executive Stuart Bell said: “We are pleased the councillors of Oxfordshire County Council have listened to the voices of mental health service users and professionals in the county and decided to act on the feedback we expect they have received in their consultation.

“We are delighted and grateful to see they will not push ahead with the £1 million cuts to the placement budget.

“We welcome a year’s deferral of a decision to cut the £600,000 social worker staffing budget. Such a change would still have major implications on the care and support available to people in Oxfordshire and so we will want to engage in consultation about the potential impact of this and whether there are better ways of managing these pressures in due course.”

Dan Knowles, chair of Oxfordshire Mental Health Partnership, said: “The Oxfordshire Mental Health Partnership warmly welcomes this decision. We would like to thank and congratulate every single person who engaged with the Budget Consultation and our Social Media campaign – your voices have been heard and have made a real difference. Together we have managed to preserve the current County Council contribution towards funding the Oxfordshire mental health services, but of course current funding levels are too low.

“Oxfordshire has one of the lowest levels of mental health funding nationally and this funding injustice needs to be addressed to ensure long term stability of the mental health sector in Oxfordshire. We have today won a significant victory but have a long way to go if we are to provide the service this county deserves.”

Oxfordshire County Council responded to the open letter, which was signed by all members of Oxfordshire Mental Health Partnership plus eight other local community organisations, and offered the opportunity to give feedback on the proposed mental health budget cuts in a consultation which ended on Sunday.

Oxfordshire Mind has further information about how to provide feedback.

Boost your immunity this winter and get vaccinated against flu