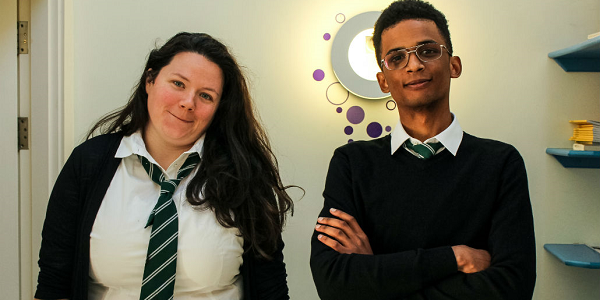 Under My Skin: Play about self-harm returns to Oxfordshire’s schools

A hard-hitting play aimed at challenging the taboos about self-harm is returning for a fourth tour of Oxfordshire schools it was announced today (Fri) on National Self-Harm Awareness Day. Under ... Read more

A hard-hitting play aimed at challenging the taboos about self-harm is returning for a fourth tour of Oxfordshire schools it was announced today (Fri) on National Self-Harm Awareness Day.

Under My Skin was developed with the guidance of experts from Oxford Health’s Child and Adolescent Mental Health Services (CAMHS) and School Health Nursing teams, alongside teachers and Oxfordshire County Council’s Public Health and Children’s Social Care teams.

Produced by Pegasus Theatre the play has reached more than 15,000 young people since it was commission by Oxfordshire County Council.

It will be shown to Year 8 and 9 pupils to help tackle self-harm and related stigma – which in 2016/17 accounted for more than 619 hospital admissions of people aged 10-24 in the county.

The county council’s Public Health team seeks to improve the health of local people and protect them from preventable health issues, including commissioning Oxford Health’s School Health Nursing service – a key partner in this project.

The 2019 tour starts at Lord Williams’ School in Thame on Monday, March 4, and takes in 32 schools before its conclusion on Wednesday, March 27.

Scripted by playwright Ali Taylor and directed by Leigh Toney, Under My Skin is based on conversations with young people who have self-harmed and is described as fast-paced, funny and hard-hitting.

The play follows the story of two school pupils ­– Sean (played by Isham Launay) and Bella (Kate Benfield)  pictured above – with a narrative that challenges perceptions and assumptions about people who self-harm.

Leigh said: “With a much-needed focus turning on adolescent mental health and wellbeing over the past few years, Ali Taylor’s play is a fun and vital piece that doesn’t presume to tell young people how to have the ‘perfect conversations’ about your own mental health or that of your friends but does highlight the importance of just starting the dialogue.

“It is a lot of fun to have the opportunity to explore the characters of Bella and Sean, showing that we all have a relationship with our mental health and wellbeing.”

Under My Skin is designed to encourage pupils to be more open about discussing self-harm with their peers and teachers.

According to the 15,000 young people in Oxfordshire who the play has reached since 2016:

Of 100 professionals who provided feedback, 57% felt their understanding of self-harm increased following the play and 73% felt more confident in supporting a young person approaching them with concerns about self-harm.

Following its first run in 2016, Under My Skin was a finalist in the Public Mental Health and Wellbeing category for the Royal Society for Public Health Awards.

Oxfordshire County Council’s Cabinet Member for Public Health, Lawrie Stratford, said: “Self-harm can be difficult to talk about. We hope Under My Skin continues to act as a catalyst for people to seek support and also helps others around them to have a better idea of what to do.

“We hope to empower young people to discuss the issue openly and honestly, ensuring they know how and where to access support if they need it.”