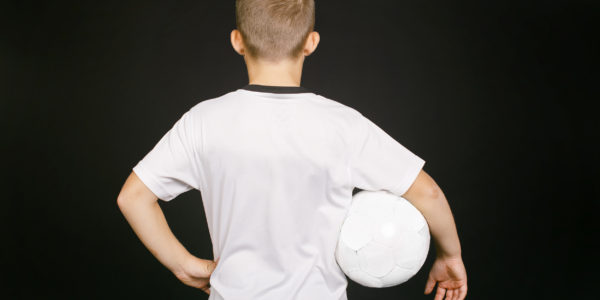 It’s National Eating Disorder Awareness Week. Today one mum and son share their story and how Oxfordshire CAMHS Eating Disorder Service helped them on the road to recovery.

A year ago my 12- year-old son asked me: “Mummy, is that boy overweight?

“How did they get like that? he persisted. I probably replied: “By eating too much and not exercising enough.”

They’re words I wish I had never spoken as our beautiful, bright, fun loving boy started to disappear physically and emotionally in front of our eyes.

We thought it was a phase to begin with and he was making sensible choices over food – fruit instead of biscuits etc.

Sport was his life. We  just thought he was pushing himself to be a better sportsman – until he started to lose weight, eat less, exercise more and more and become obsessed with his body image.

The restriction of food and intense obsession over calories became so strong that nothing we said made any difference.

In his mind,  being a good sportsman meant being thin. In his thoughts, fit meant thin. As he ate less and less – he became more and more determined; unaware that he was now not able to control these harmful thoughts.

We decided to self refer to Children and Adolsecent Mental Health Services (CAMHS), despite our son being in total denial.

He, begrudgingly, came to the initial appointment with the whole family, including siblings.

This was really hard, but we would do it a million times over.

The team explained to our son that they were very worried about him and that his body was in starvation mode. His pulse was dangerously low.

They supported our whole family in making the initial steps we needed to make to help him get better. The journey was not easy but it is one that we had to face.

The road to recovery

We are now on the path to recovery but the only way we have achieved this is by being totally honest with each other and listening carefully to and following the advice given by the team at CAMHS.

Meal plans, stopping school for a while, total withdrawal from physical activity and sport, multi family therapy; these things seemed the worse things in the world for a teenage boy to take on board.

But although these steps were painful, they were crucial.

We now look towards the future for our son optimistically.

He is now more aware of his eating disorder and  we are all better equipped to cope should we be faced with relapse in the future.

My final thought, trust your instinct as a parent. If you don’t notice, then who will?  Keep a diary of patterns of eating and behaviours. Never think it couldn’t happen you your son.

To begin with I didn’t think I was poorly but everyone kept telling me I was, so on my 13th birthday I had to go to CAMHS with my family for the first time.

They said that I had to stop all of my sport until I had reached a stable weight. That was when I realised that I was really poorly.

To help myself get better

I’m feeling much better now and realise that my eating disorder had taken over. I can play football again and do normal things like go to the park with my friends.

What are eating disorders

Eating disorders are serious mental illnesses that involve disordered eating behaviour. This might mean limiting the amount of food eaten, eating very large quantities of food at once, getting rid of food eaten through unhealthy means or a combination of these behaviours.

Eating disorders effect males and females of all ages, can cause serious harm and may be fatal – anorexia has the highest mortality rate of all mental illnesses. But even though they are serious illnesses, eating disorders are treatable.