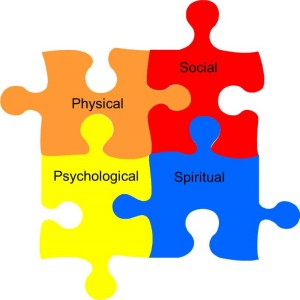 Patients are assessed based on their physical, social, psychological and spiritual wellbeing

Making sure people think about choices ahead of their end-of-life care was the subject of the latest Health Matters event yesterday.

The talk, entitled “What does good end-of-life care look like?”, was held at Oxford Brookes in conjunction with the university’s department of clinical health care.

In an hour’s lecture, they discussed the increasing pressures on the NHS caused by an ageing population and the importance of people planning what they wanted their future care to look like.

Patricia Glynn said: “These are things in our culture that we don’t generally talk about but they shouldn’t be talked about in crisis. They should be planned and people should look ahead.

During the lecture, the speakers discussed how patients were assessed based on their physical, social, psychological and spiritual wellbeing, and what the various end-of-life trajectories looked like for patients suffering with conditions like dementia and cancer.

They said although most people did not want to die in hospital, only 22 per cent currently died at home.

A poignant moment in the lecture came when the audience watched a video commissioned by charity Dying Matters, which showed what the implications of not discussing death could be. The video, which can be viewed here, depicts people forced into situations against their control, because they left it too late.

Members of the audience discussed the difficulties they had faced in having such conversations with their own family members.

“So what makes a good death? It’s very much a personal thing and we need to make sure we keep it personally focussed, that we know what people want and what’s important to them.”

Health Matters is a series of free lectures held by the Oxford Health NHS Foundation Trust which are open to the public. Details can be found in the events section of our website.

Patient care is placed above all else at Oxford Health, say staff

Inspiring the next generation

Am I qualified to be a governor?