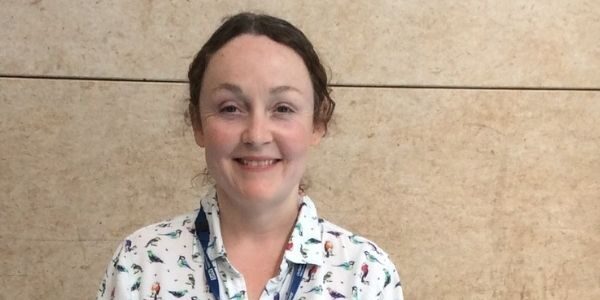 While the world is focusing on the Covid vaccine, Oxford Health school nurses and immunisation team, led by Susan Mahoney, remind us of the importance of the school aged vaccination programmes

The last week of April is the World Immunisation Week, an annual campaign by the World Health Organization WHO. And while the world’s attention has been keened on the Covid vaccines, Oxford Health NHS Foundation Trust wants to shine a light on routine childhood immunisations, too.

“But it is never too late to catch up. Get in touch with the immunisation team or talk to your school nurse, and we’ll make a plan,” she urges.

“In Oxfordshire we normally reach 8,500 children for their tetanus, diphtheria and polio booster and meningitis ACWY immunisation. In addition, this year for the first time, boys as well as girls were due to complete the full two dose course of their HPV vaccine. This HPV programme, since its introduction in England in 2018, has been incredibly successful and infections of some types of HPV in 16 to 21 years old women have reduced by 86 per cent.”

Extra effort in the pandemic 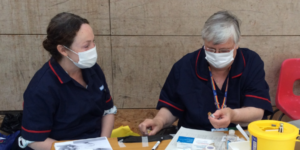 Susan and her team immunised children in village schools and hired schools’ sports facilities for weekend clinics – these couldn’t be used during the week because key workers’ children were still going to school.

The immunisation team also had an enormous administrative mountain to climb. Ordinarily, before Covid, the school would organise children to come for their immunisations in school. Now, because of social distancing and school closures, Susan and her colleagues had to book everyone into clinics either in schools or in other community venues.

“For example, I and another colleague spent two days in the office calling 500 families to book children in for their immunisation, and then in one weekend gave 460 children their meningitis and diphtheria, tetanus and polio boosters,” Susan recounts.

Catch up to do 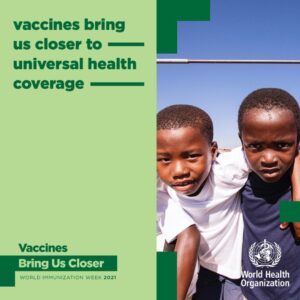 Despite school nurses’ and immunisation team’s heroics, school closures and self-isolation mean that there is catch-up to do. This term time Oxford Health is particularly focusing on the secondary school immunisation programme: human papilloma virus (HPV), tetanus/polio/diphtheria booster and meningitis. Parents can also catch up with their children’s MMR vaccine if they have not received two doses of the combined MMR vaccine.

“We usually immunise 90 per cent or our target group each year. This year, due to Covid, schools being closed and students being in quarantine we still have a lot of work to do,” Susan says.

“However, all students who have not yet had their school sessions will receive them this term, and any child who still has not received their immunisation after these sessions will be invited to attend catch-up clinics before the end of the school year.

“Any young person who is in school and who has missed their tetanus booster, meningitis ACWY or HPV immunisation can contact us at any time. Our offer remains open even through the school holidays and until a young person leaves school, and after that the GP may still be able to give it.”

“I want to emphasize that this is not about targets but about children’s health. It is because of our established school-age immunisation programme that we don’t have outbreaks of meningitis and the rate of HPV infection has reduced at such a rate.

“We also know that world-wide, children are under-vaccinated. People may think that nobody gets something like polio anymore. But these diseases are there, and they can travel. That’s why it is important we catch up with the programme and all children receive the full course of each vaccine. Routine immunisation is the foundation for strong, resilient health systems and universal health coverage.”

Face behind the signature 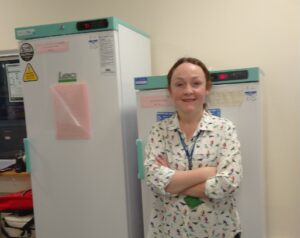 What every immunisation specialist needs is a fridge!

When parents in Oxfordshire get letters about their children’s immunisations, they are signed by Susan Mahoney. For her, public health and health protection are a real passion.

“I grew up in the north of England, in an area of high deprivation. Only a handful of people from my age cohort went to university and my passion for public health really started there. I could see that if you protect and improve the health of families and young people from an early age, you improve their life chances,” she says.

She worked for 16 years as a district nurse and moved into school nursing when she had her children as the role gave the ability to work term time only. Now she has been working with the immunisation team for three years.

“Once I got into it, I realised what it means to be a specialist nurse. You develop a really strong knowledge on the subject, and I really like all the learning.”

Along with her work in the immunisation team, Susan is studying for a masters’ degree in public health and is also involved in a NICE committee that is developing revised UK immunisation guidelines.

“And I like the fact I am working in my local community and with a brilliant team. Delivering immunisations is probably the most effective public health programme you can do.”

Vaccines Q&A from WHO

World Immunisation Week campaign from WHO