The Partnership and individual organisations have a variety of awards demonstrating  success. 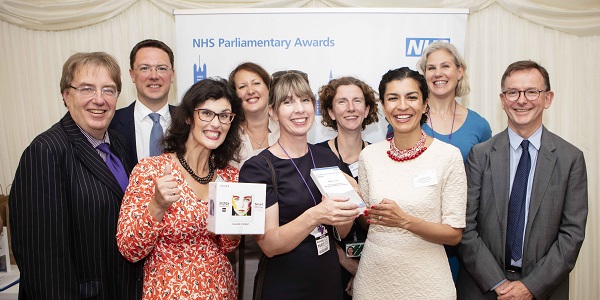 The Oxfordshire Mental Health Partnership was in the running for an ‘Oscar’ of the healthcare world after being shortlisted for Best Not-For-Profit Working in Partnership with the NHS at the Health Service Journal Partnership Awards 2020.

The award shortlisting recognises the partnership’s outstanding dedication to healthcare with five Oxfordshire charity partners and the NHS working together to support local people at every stage of their care and in all aspects of their lives. HSJ editor Alastair McLellan said:

“We would like to congratulate Oxfordshire Mental Health Partnership on being nominated in the category of Best Not-For-Profit Working in Partnership with the NHS ahead of HSJ Partnership Awards 2020. We are looking forward to welcoming them to the ceremony in February, to join us in recognising the very best collaborations and innovations in the healthcare sector. This year’s finalists are of an outstanding calibre and all of them are exceptionally dedicated to enhancing healthcare across the UK.”

The IPS service’s response to COVID-19 recently won a regional NHS England award for their ‘Retention and Employer Offer’ so that patients and their employers could access valuable resources to navigate new challenges such as furlough and working from home.

The OMHP won an NHS Parliamentary award in the Mental Health Care Category. OMHP was chosen from hundreds of nominees from across the country and received the unanimous backing of all six of Oxfordshire’s  MPs.

The NHS Parliamentary Awards asked MPs across the country to find and nominate individuals and teams they thought had made the biggest improvements to health services in their constituencies across ten categories. They aim to help local organisations engage with their MPs to help strengthen relationships by telling them about the work they are doing.

A pioneering project from Oxford Health developing a Digital Care Assistant (DCA), which enables staff to gather observations from mental health inpatients without waking them at night, was named regional winner in the Future NHS Award at the NHS Parliamentary Awards.

The Safe Haven won the innovation award at the Health Business Awards.

The Oxfordshire Recovery College was shortlisted for the Community Co-Created Services with Patients Award.

Walking for Wellbeing were the runner up for the Active award.

The IPS project was given a fidelity review score of 103 out of 125, which places it in the ‘good’ category and is equivalent to a rating of Centre of Excellence if undertaken by the Centre of Mental Health.

In 2018 Restore and Elmore’s co-founder, Dr Peter Agulnik, was recognised for his outstanding contribution to mental health services with the Oxford High Sheriff’s Award.