Supporting Oxford Health to provide safe, better quality care to its patients and improve the working lives of its staff. 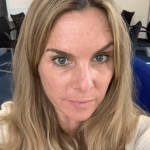 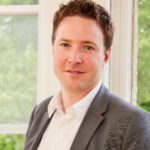 Dr Daniel Maughan is medical lead for Oxford Healthcare Improvement and consultant psychiatrist for the early intervention service for Oxfordshire.

He is also the Associate Registrar for sustainability at the Royal College of Psychiatrists.

He has an active interest in clinical research, with a particular focus on sustainable quality improvement and early psychosis. He has published several research papers on service developments in mental health, authored national reports about waste in the NHS, led the RCPsych ‘Choosing Wisely’ programme, and developed national level policy and commissioning guidance.

He completed a doctoral fellowship with RCPsych based at Warwick, has undertaken a Fellowship with the NHS Leadership Academy and has postgraduate qualifications in leadership, service improvement and university. 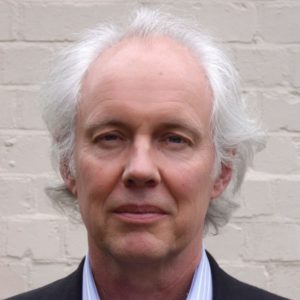 Senior Advisor to OHI in Patient Safety and Quality

Charles Vincent trained as a clinical psychologist and worked in the British NHS for several years.

Since 1985, Charles has carried out research on the causes of harm to patients, the consequences for patients and staff and methods of improving the safety of healthcare. He established the Clinical Risk Unit at University College in 1995, where he was Professor of Psychology before moving to the Department of Surgery and Cancer at Imperial College in 2002.

He is the editor of Clinical Risk Management (BMJ Publications, 2nd edition, 2001), author of Patient Safety (2ned edition 2010) and author of many papers on medical error, risk and patient safety.

From 1999 to 2003 he was a Commissioner on the UK Commission for Health Improvement and has advised on patient safety in many inquiries and committees including the recent Berwick Review.

In 2007 he was appointed Director of the National Institute of Health Research Centre for Patient Safety & Service Quality at Imperial College Healthcare Trust.

He is a Fellow of the Academy of Social Sciences and was recently reappointed as a National Institute of Health Research Senior Investigator. In 2014, he took up a new most as Health Foundation professorial fellow in the Department of Psychology, University of Oxford where he continues his work on safety in healthcare and led the Oxford Region NHS Patient Safety Collaborative. With Rene Amalberti he has recently published ‘Safer healthcare: strategies for the real world’ Springer, Open Access (2016).

Sophie has worked for many years in Oxford Health NHS Foundation Trust as part of the operational management team with the Urgent and Ambulatory Care Service.

She worked in various roles firstly as a coordinator, project officer and most recently as the Unit Manager before she joined Oxford Healthcare Improvement.

Sophie gained experience in leadership and management in the community and working at the frontline of clinical care. She is passionate about innovation, improvement and safety, and her previous work has been geared around introducing interventions to improve patient care, staff wellbeing and education within the service.

Sophie has supported a wide range of clinical and non-clinical staff and patient groups across the county of Oxfordshire. Most recently, she was involved in a research project with colleagues from the Department of Primary Health Care Sciences at the University of Oxford, and the team presented preliminary findings at the annual Royal College of General Practitioners conference in 2017. The poster presentation won runner up in the Innovation Award.

Sophie has completed a Post Graduate Diploma in Management in Health and Social Care at Oxford Brookes University and is planning to complete her dissertation and finish her MSc. 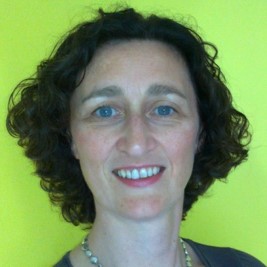 She qualified as a registered general nurse in 1986 and has more than ten years nursing experience in the National Health Service, and in 2000, she was awarded a Doctorate in Psychology from the University of Oxford.

From 2001 to 2005, Rachel was the manager for the Co-ordination Centre for NHS Surveys at the Picker Institute Europe, where she designed and implemented a new national patient survey programme for England. She subsequently worked as a freelance research consultant in health services research for various organisations, including the Department of Health (Cancer Patient Experience Survey and Independent Sector Patient Experience Survey), the Care Quality Commission, and the Scottish Government.

Rachel is experienced in both quantitative and qualitative research methods, and she began working at Oxford Healthcare Improvement in June 2018. 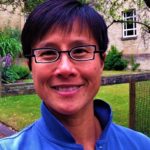 She also has a keen interest in Human Factors as well as Demand and Capacity. She trained as a physiotherapist in University of Birmingham and graduated in 1998.

She has clinical interests in rehabilitation, musculoskeletal physiotherapy, urgent and ambulatory care, frailty and community care.

Soo has equal dedication and passion in leadership, coaching, strategy, operations and management. She is a graduate of the Ready Now programme for senior leaders with NHS Leadership Academy.

Soo believes in creating the capacity for dialogue, engagement, diversity and inclusion. She strives to build an environment of empowerment for the patients, staff and teams.

She enjoys coaching conversations and cultivates the habit of critical reflective thinking to engage those around her to work together for the benefit of patient.

Soo has an inquiry mind and enjoys analysing and synthesising ideas and information. She also continually seeks to understand strategy and cultivate authentic leadership.

David gained a BSc (Hons) Experimental Psychology in 2013 and a PhD in Psychology from the University of Bristol in 2018. His thesis investigated the perceptual biases associated with disease avoidance. David has published in the areas of disease avoidance, obesity stigma, prejudice, and the between- and within-group processes of group psychology.

During his PhD, David held two research positions. In the first position, he worked as a psychology fieldworker in the Children of the 90s project, conducting various psychological and psychiatric tests with participants. In the second position, he worked as a research assistant for the Social Research Unit, evaluating a family-based intervention under the Realising Ambitions project.

David has extensive project management experience in the areas of education and social welfare law (SWL). In education, he worked on the ‘Every Child Matters’ initiative, implementing and evaluating a series of extra-curricular activities for underprivileged children and their families. In SWL, he implemented a series of initiatives to help build infrastructure and capacity to enable vulnerable people to access information and advice. During these projects, David was commissioned to produce a series of reports that included a SWL advice needs analysis of North Somerset and an impact report on an IT provision scheme.

After his PhD, David joined the Data Science team at the Medical Research Council. During this time, he helped design and implement the evaluation and assurance frameworks for Health Data Research UK, a flagship institute designed to promote and enable the use of health data science for the purposes of discovery science and improving the health of the population. 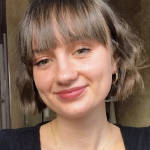 Mia gained a BSc (Hons) in Psychology from Bournemouth University in 2018 and achieved the BPS Undergraduate Award. Her dissertation into the own gender bias in face recognition went onto be published. Following this, she gained a MSc in Applied Neuropsychology with Distinction from the University of Bristol in 2019. Her dissertation investigated how certain psychological factors can predict a person to worry about their cognition and the mediating role of mindfulness.

During this MSc, Mia developed an interest in clinical research. She went on to work as a mental health support worker, working across various wards including both male and female acute, and eventually became a permanent member of staff on an adult eating disorder ward. This experience sparked Mia’s interest in research that seeks to improve patient care, experience and outcomes. Also, she has a specific research interest in eating disorder recovery.

Mia spent a short period of time as a voluntary research assistant at The University of Bristol, assisting with the data processing and analysis of experimental studies on anxiety and working memory. She also gained experience in analysing EEG data.

At the start of 2021, Mia became a research assistant at The University of Oxford, and is supporting projects carried out by the Oxford Healthcare Improvement Team.